Watch of the Week: Omega Speedmaster ‘Dark Side Of The Moon’ Apollo 8

Omega has a knack for making extraordinary, limited editions of the Speedmaster. With its rich history, there is a lot of inspiration available and with the Speedmaster “Dark Side Of The Moon’ Apollo 8, the brand takes this to the next level! It was in 1968, that the crew of the Apollo 8 became the first humans to ever see the dark side of the moon, hence the theme of this watch!

The execution goes above and beyond what brands normally do when they launch a limited edition. The black ceramic case with yellow details is where most would have called it quits but Omega went deeper and made the movement itself part of the story. Through a skeletonized dial the famed manual wind chronograph caliber 1861 has been decorated in such a way that it represents the moon surface.

In many ways is the Omega Speedmaster “Dark Side Of The Moon’ Apollo 8 the benchmark of a limited edition done right. It not only has a very clear and well-executed link with the Apollo 8 it is dedicated to but also avoids all the cliches that come in so often with a themed watch. The ceramic case adds a high-tech look and feel to it, which is even amplified by the yellow details. This all makes for an extraordinary watch and a superb job by Omega. 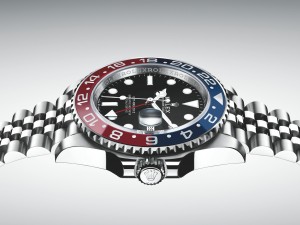 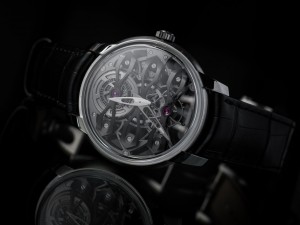