If you ever wonder what makes Patek Philippe one of the industry standards, then take a closer look at their new Ref.5170P Chronograph. With the 20th anniversary of the Aquanaut collection, the stunning Ref.5320G Perpetual Calendar and the steel Ref.5960 annual calendar chronograph, some might have overlooked this watch, and that is a record that we need to set straight. Ever since it was introduced in 2010, the Ref.5170 leaves very little to desire. A classic bicompax chronograph with a twist, it has the subdials slightly lower on the dial as where you would expect them. Visually this is surprisingly pleasing, while the Patek Philippe remains its classic demeanor. The manual wind caliber CH 29-535 PS that powers the watch has no less than six patents, and is fitted with the Gyromax balance. The power reserve of 65 hours is evident of its modern nature, while the rest of the design remains respectfully classic.

The dimensions of the watch are perfect, with a diameter of 39.4 mm and a thickness of 10.5 mm. For the first time, the Ref.5170 is fitted with a platinum case. Patek Philippe highlights this with a stunning sunburst dial that goes from a deep blue near the center to black where it meets the case. Where a modern choice would be to fit this watch with a dark blue matt alligator, Patek Philippe went old school. The Ref.5170 is fitted with a shiny black alligator, which complements the watch in a way few other straps could rival with. The reason for this also has something to do with the hour markers. It actually takes a second glance to realize that they are not polished white gold or platinum, but baguette cut colorless diamonds. The baguette cut is one of the most understated shapes to cut a diamond in, replacing the usual fire and scintillation for a more mysterious and understated look. A perfect match for the Ref.5170, and especially in combination with the dial color and classic strap. 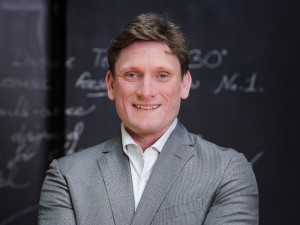 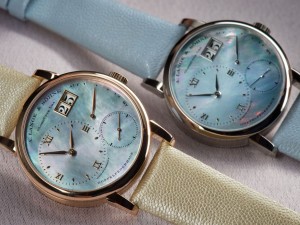 The Magic of Mother of Pearl