Nature is often a source of inspiration for how we design things. Especially in jewelry, there are many objects whose shape is inspired by animals, flowers, or the world below sea level. In watches, it is usually animals that motivate designers to create something unique, like the following four watches;

Bulgari Serpenti
Snakes became an inspiration for Bulgari just after WWII to craft a collection of bracelets from. Soon watches where integrated into the design, and an icon was born. The Bulgari Serpenti seamlessly combines form and function, which achieves a natural synergy. No wonder that Elizabeth Taylor was a fan. Crafting them is still not an easy task, as the body of the snake has to look lifelike yet at the same time, also comfortably fit around the wrist. Today Bulgari still has an extensive collection of Serpenti watches, from relatively simple pieces that are perfect for everyday wear to more elaborate designs such as the one above, which are set with precious gemstones and where the dial of the watch is hidden in the beak of the animal.

Graff GyroGraff Endangered Species
Graff uses their most imposing watch, the GyroGraff with 3D moon phase indicator and multi-axis tourbillon, to raise awareness for endangered species. They are brought to life in a mosaic of gemstones to which Graff so rightfully refers to as diamond-marquetry. Against a backdrop of dark blue aventurine, these animals dominate the dial in a very recognizable yet artistic way. Next to the tiger, are also the rhino, panda, elephant and gorilla part of the collection. The case of each watch is crafted from white gold and fitted with a diamond-set bezel, further highlighting this extraordinary creation.

Drive de Cartier Panther Décor
Cartier can be seen as the king of animal-inspired watches. La Maison especially favors big cats, and in particular, the panther. They always have watches in their collection that are display these gracious animals, and the brand often turns to metiers de arts to bring them to life on the dials. A great example of this is the Drive de Cartier Panther Décor. Its cushion-shaped case is the perfect canvas for the engraver to draw the head of the panther in fine lines. By utilizing enamel, does the animal get a lifelike character. When you look closer, you see that the engraving is so fine that each line seems to represent a hair on the body of the panther. Interesting about this watch is also that Cartier doesn’t limit the image to the dial alone, but lets it continue on the bezel, which gives an extra effect and elevates this creation to the next level.

Jaquet Droz Charming Bird
When it comes to animals does Jaquet Droz go all in and make them as real as possible. The Charming Bird watch features a sapphire dome under which a small bird lives. When the mechanism is activated, it not only starts to move but also to sing. This is made possible by three sapphire crystal tubes in which the sound is created thanks to air compression. Jaquet Droz has always been seen as the master of the automaton and was in the 18th century already able to include similar technology into a pocket watch. To further miniaturize this into a wristwatch with a case of 47mm, is even more astonishing, especially in this version of the watch where few is hidden and most of the elements that make this unique bird move and sing, can be admired. 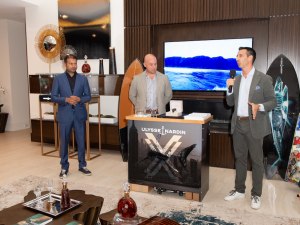 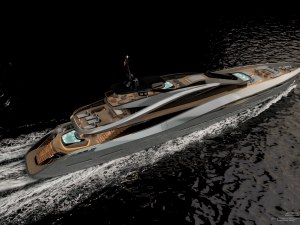