What Makes The Sound Of A Minute Repeater So Magical?

The history of the minute repeater goes back to a time before electric light. As lighting an oil lamp was quite some work, watchmakers build repeating mechanisms in pocket watches so that they could sound the time on demand. The invention of the minute repeater was claimed by both Edward Barlow and Daniel Quare, but it was Quare who obtained a patent for it in 1687. Initially, watches equipped with a repeating mechanism used bells to chime the time, later to be replaced with wire gong, which took up less space. These weren’t minute repeaters, at first, but quarter repeaters, chiming the time to the closest quarter.

When the transition was made from pocket watches to wrist watches, the repeater mechanism became only sparsely used. The limited space of a wristwatch made it more difficult to create, and the introduction of electric light also made the demand for this complicated, and thus expensive, type of watches nearly completely vanish. It was only after the quartz crisis that a renewed interest emerged for the repeater mechanism. Today many of the top brands have a minute repeater in their collection, sometimes even combined with other complications, not so much for their practical use, but merely as a testimony of how high the micromechanical art of watchmaking can soar.

The quality of a minute repeater is judged by the sound that it is making. This is not only the clarity and loudness of the notes but also the speed that it is chiming at. Such a complication takes a great deal of energy, and when it is playing, it can also negatively affect the amplitude of the watch, and therefore its accuracy.

While a minute repeater asks for excellent power management in the movement, also the case itself plays an important role. While the material that it is made of has a great impact on the sound of the gongs, you cannot judge a minute repeater on merely that. It is also the way that the case is shaped, as well as the interaction of the other parts that make up the watch. Many manufacturers create something like a ‘sound chamber’ inside the case so that gongs can perform their task at an optimum and the sound is also (mildly) amplified.

However, to perform at an optimum the gongs also need to have time to sound, and for this the ‘governor‘ is responsible. This part of the watch determines the speed of the strikes and plays, therefore, an important part in the magical experience that is a minute repeater wrist watch! 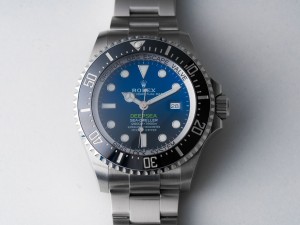 Watch of the Week: Rolex Deepsea 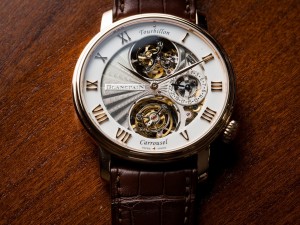