The Record Shattering 2019 Edition Of Only Watch

Records are there to be broken, but who would have thought that this would happen last weekend at Christies’ in Geneva, Switzerland in such a spectacular way? There the biennial auction to support the fight against Duchenne muscular dystrophy, Only Watch, took place. It consisted out of 50 one-of-a-kind watches donated by the respective brands. The auction raised a very impressive CHF 38,593,000,- of which CHF 31,000,000,- was contributed by the sale of a single watch; the only stainless steel Patek Philippe Grandmaster Chime Ref. 6300A-010.

With this incredible amount, paid by an Asian collector, did the Grandmaster Chime dethrone Paul Newman’s Rolex Daytona as the most expensive wristwatch ever sold at auction. The Grandmaster Chime was initially launched in 2014 to commemorate Patek Philippe’s 175th anniversary and is the most complicated wristwatch in its collection. It has no less than 20 complications, some of which have never been seen before, such as a date repeater, which on-demand chimes the correct date. To display the many complications, does the Patek Philippe utilize two dials, one on each side of the case.

The Patek Philippe was not the only watch that performed very well. F.P. Journe also broke a record, as its Astronomic Blue, which introduces an entirely new complication for the brand, sold for CHF 1,800,000,-. With this amount, Journe sets the record for being the most expensive watch of an independent maker ever to be sold at auction. Perhaps the biggest surprise of the auction was a Tudor Black Bay with a ceramic case that was initially estimated to be auctioned at CHF 5,500,- but sold for CHF 350,000,-. All combined was this edition of Only Watch extremely successful. With 98% of the CHF 38,593,000,- going directly to research to fight Duchenne muscular dystrophy, a significant contribution has been made to find a cure for this genetic disorder. 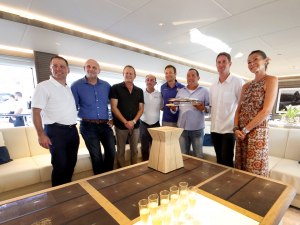 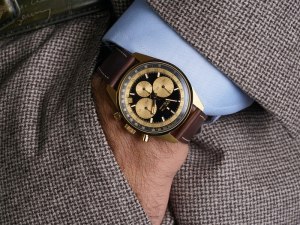