Ringbrothers AMC Javelin: A Javelin By Another Name Is Defiant!

As an inveterate hot-rodder from the 60s, and as a native Angeleno, I thought that I’d seen it all, but then I met Jim and Mike. “Who?”, you ask. They are the brothers-from-the-same-mother who are the ringmasters (so to speak) at Ringbrothers, a special shop in Wisconsin which takes metal and makes magic. Need some proof? Look at these photos!

Let’s take a step back. In yesteryear, when Muscle Cars meant Mustangs, Camaros, GTOs, 442s, Hemis and their ilk, there wasn’t a lot of love bestowed on the brand AMC (right, they were the powers behind the Pacer, Gremlin, Rambler and, lest we forget, Pee Wee Herman’s beloved Nash Metropolitan). But AMC was itching to enter the performance party so they created the Javelin, which was built from 1968 until 1974. Where, you ask? In Wisconsin (there’s a theme here). They had the look of their better-known competitors, especially the Mustangs and Camaros, and could be ordered with over 300 horsepower, which was enough to enter the Muscle Car Party of their era. But they never caught on in the same big way, which is a shame as they were good-looking and had enough power and had enough success as Mark Donohue’s race cars (AMC made a Mark Donohue Special for one year).

But a fresh look at the Javelin was now commanded once Jim and Mike got involved. What you see here is their interpretation of what a 1974 Javelin could achieve, given the right stimulants and technological treatment. They naturally had to rebrand their creation and the word “Defiant!” (exclamation point included at no extra cost) worked well, given the specs. Sporting a Whipple supercharged Hemi Mopar Hellcat 6.2 liter V-8 engine (the same basic engine in the current 707HP Dodge Hellcat), it produces prodigious power (1,036 HP, and, no, that’s not a typo). It needs a carbon fiber driveshaft to connect up the differential to the Chevy automatic trans (as modified by Bowler Transmissions, it is rated to handle 1,600 horsepower). With the other wizardry under the hood and comprising the chassis and suspension, it runs like it looks – very, very well, thank you.

It takes more than muscle to make a car the star of the SEMA show in Las Vegas and Defiant! delivered, which delighted the car’s sponsor, Prestone. Created by the brothers in an unbelievable 12 months, they relied heavily on digital design tools from a company called Solidworks, which allowed them to design the car’s new panels, which then could be created out of metal or carbon fiber in the Ringbrothers’ shop. A close look at these photos will reveal that the front wheels were moved forward substantially, so the fender-top wheel arches were too. And with all of that under-hood muscle, a totally new hood had to be fabricated. Especially with that hood open, the brothers’ creativity with machined blocks of aluminum is further testament to their great artistic talent.

I spent some time with Jim and Mike and even got to drive Defiant! And the tale you are about to hear is true. We drove up Pacific Coast Highway to Sunset Boulevard (this already sounds like a car-racing song of the 60s). We were at a light and a Mustang Cobra was next to us. One listen to Defiant! must have made the other guy want to go home but, when the light turned green, in deference to the owner of this one-of-a-kind car sitting to my right, I gave it maybe half throttle and . . . the block-long burnout still is visible in the Palisades. Given that I then was five minutes from my old high school, I was temped to try some doughnuts in the parking lot but I didn’t want to push my luck – I mean the Ringbrothers are affable (and very likable) but they were expecting a writer to go for a short cruise so flames and continued burning rubber were not on their agenda.

Driving Defiant! was a great flashback, to a youth that never was like that (and wasn’t within 750 horsepower of that). Defiant! is a hand-built car, lovingly assembled with extremely high-quality components and high-performance materials. It looks like it’s fast and it’s even faster than that. I loved my time with the car and the brothers were as nice as could be. Is there a Ringbrothers creation in my future? I sure hope so! 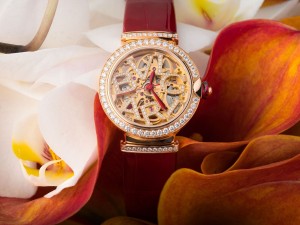 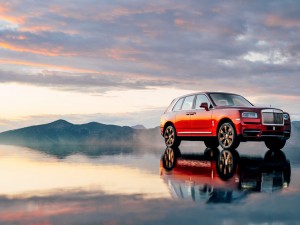