Nobody in Formula One is as cool as Kimi Räikkönen. This 2007 World Champion is one of the veterans in this very demanding sport and will start this weekend in Singapore for the 307th time in a Formula One race. He earned his nickname ‘Iceman’ by keeping his cool under even the most challenging circumstances. Räikkönen did so not only in the Formula One but also drove in WRC and NASCAR races. One accolade that he hadn’t got yet was his very own Richard Mille, with is now remedied as he joins the family of the famed watch manufacturer, following in the footstep of other Formula One legends such as Jean Todt, Felipe Massa, and Romain Grosjean.

The watch that will be on the wrist of Räikkönen is the new RM 50-04 Tourbillon Split-Seconds Chronograph. This watch couldn’t be more perfect for the accomplished race car driver as it features a very complex movement that combines a tourbillon with a split-seconds chronograph. Being a Richard Mille, that is not all. The movement is crafted from ultra-light materials such as Carbon TPT and grade-5 titanium. Extensive skeletonization takes the weight even further down. As a result, it weighs only 7 grams. Don’t make the mistake of taking its complexity and lightness as an indication that it is only fragile, because this watch could quite easily join Räikkönen on even the roughest rides, as it has been tested to being able to handle shocks up to 5.000 g.

The colors of the watch officially take after the C38 single-seater that Räikkönen drives for the Alfa Romeo Racing Team, but could very well also be a reference to the nickname and the background of this Finnish race car driver. Both the caseback as well as the bezel are crafted from white Quartz TPT, which give the watch a refreshing look. It also offers a great contrast to the many red details on the dial and chronograph pushers, and to the strap as well. Prominently on the dial is also the number seven, which Räikkönen uses when racing.

Richard Mille will craft only 30 pieces of the RM 50-04 Tourbillon Split-Seconds Chronograph Kimi Räikkönen, which are available through their boutiques’ worldwide. This highly complicated and technically very advanced watch will cost $1,063,000,-. 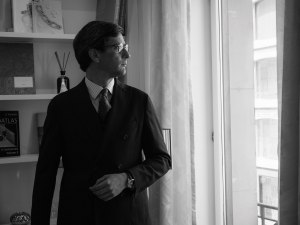 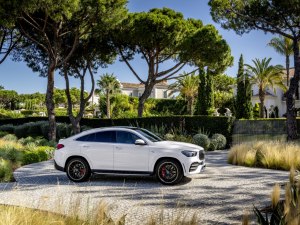