Into The Complex World Of The Bulgari Octo Grande Sonnerie

Ultra-thin is not the only name of the game at Bulgari, as they also master that of ultra-complex watches. The Octo Grande Sonnerie Perpetual Calendar is a perfect example of this. Housed in their signature Octo case, they equipped an automatic movement with a tourbillon, which is also fitted with grande and petite sonnerie, as well as a minute repeater.

Watches with a striking complication always have of particular interest to Bulgari, as we have already seen, for example, with the Magsonic and Octo Finissimo Repeater Carbon. They are committed to increasing their performance and make the sounds as loud as possible. The Octo Grande Sonnerie Perpetual Calendar achieves this by utilizing the inner case as a resonant chamber, while the outer case has slots cut into them through which the sound can emerge. Bulgari also paid particular attention to the construction of the movement itself in relation to the sound. An important part of a chiming watch is the governor, which determines the speed of the chimes. When you listen carefully, you can hear it do its job in most striking watches, but Bulgari developed one that does it work in silence.

With a movement as complex as that of this Octo Grande Sonnerie Perpetual Calendar, you want to see as much of it as possible. Because of this, Bulgari opted for a transparent dial, which only highlights in a very subtle way the power reserve indicators for both the strike and the going train. From a design perspective, does the brand hit the perfect balance. It can be read with ease, yet at the same time, do we get a good look at the front of the complex, mechanical heart that makes this watch function.

When designing the movement, Bulgari equipped it with an extensive amount of safety features. Whenever the repeater strikes, it is not possible to set the time. This ensures that no damage can be done to the movement. It also works the other way around, so when you set the time, all the striking mechanisms are disengaged. The automatic movement provides both powers to the going train, as well as that to the strike train, as shown on the corresponding power reserve indicator on the front of the watch.

Bulgari opted to craft the 44mm large case out of 18 karat rose gold with a sandblasted finish, combined with a titanium middle segment. This gives the watch a unique appearance, which is further amplified by the distinct angular shape of the buttons on the side of the case to operate its features. A strap made from black alligator leather offers a classic touch to a watch that is very avant-garde in design, and which underscores once more that Bulgari’s passion for mechanical watchmaking is not only focussed on the ultra-thin, but also on the ultra-complex. 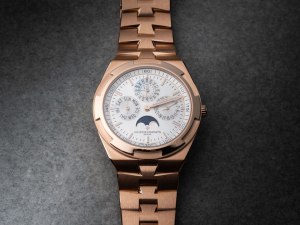 Pure Gold; Four Precious Metal Watches That Go All In! 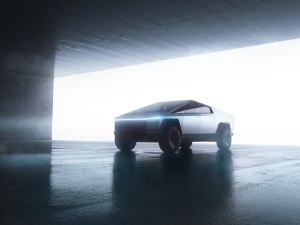