Jean-Claude Biver clearly wasn’t impressed with TAG Heuer’s position this time last year, when he decided to release the brand’s CEO with one of his first moves as the new President of the LVMH Watch Division. Twelve months later, the brand has been completely remodeled to attract a younger audience, with new ambassadors such as David Guetta and Cara Delevingne. But in his most controversial move, Biver is now launching a connected watch in the first alliance between Switzerland and the Silicon Valley. I sat down with Mr. Biver ahead of this afternoon’s launch to find out how the savior of the mechanical watch industry became the pioneer of Swiss-made connected watches…

Haute Time: If the watch industry is notoriously slow, TAG Heuer has been stuck in high gear ever since you took the reigns..

Jean-Claude Biver: “I’m happy you say that…I guess I don’t see it yet. But I want TAG Heuer to be a disruptive brand. Which means being very creative, very avant-garde. We don’t talk a lot, we don’t think a lot. We say let’s do this, and we do it.”

HT: And so, you went for just about the most avant-garde thing a Swiss watchmaking brand could do, and you decided to develop a smart watch…

JCB: “We had to go towards connected watches. They are the next generation’s watch. The whole management of TAG Heuer has to adapt to this new line in which we are going. There needs to be a very deep change. Everything, from our communication strategy down to the way our employees dress in TAG Heuer stores must change. What will never change is our DNA. We have been an avant-garde brand since 1860.”

HT: You decided to work with Intel and Google on this project, a rare collaboration in a world where making products “in-house” seems to be the standard. Did you feel it was necessary to work with tech-giants on this watch?

JCB: “Yes, and the final result looks phenomenal! It is a watch that, from a distance, you would not notice that it is a connected watch. It looks 100 % like the TAG Heuer Carrera Heuer 01, except that the material is not steel. Up until now, all the connected watches from Garmin to Apple, they look OK, but somehow, when you see them, they look like connected watches. They don’t look like actual watches. We are going the other way, and we are the only ones doing that.”

HT: Do you think it is an advantage to release the watch after Apple’s?

HT: TAG Heuer is now unique, in the industry, and at LVMH…Was that part of the plan as well?

JCB: “It would be nonsense to have three brands from the same group competing. There’s enough competition outside. But that is not a very big problem for us because TAG has been at an average retail price of $ 3,000, Zenith has been around $ 7,000 and Hublot has been around $ 22,000. So we have three totally different price points. The only thing that is similar is that TAG is disruptive and affordable for all, and Hublot is disruptive in the luxury world.”

HT: Where do you see TAG Heuer in a couple of years?

JCB: “I want TAG Heuer to be in the price segment that I call accessible luxury. Probably the first watch a young entrepreneur, or a student that has finished his master’s at Harvard Business School might buy; the entry into luxury, into horology. That’s the goal. In two years, TAG Heuer will be perfect. In two years, we will all love TAG Heuer.” 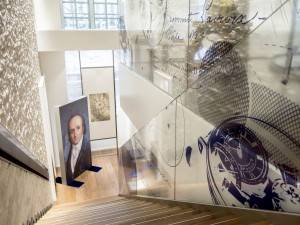 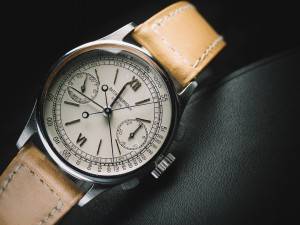