Danny Govberg’s ambition is as boundless as his energy. At the age of 56, he has totally transformed his Philadelphia-based business, Govberg Jewelers, from a traditional watch and jewelry retailer to become arguably the most successful watch retailer in the U.S. with an international clientele. And he’s still on the move.

The next phase of his business vision involves the recent unveiling of an $8.5 million, 20,000-square-foot headquarters in the Philadelphia suburb of Bala Cynwyd. It is designed to unify the disparate divisions of Danny’s business scattered in sections of Philadelphia, South Florida and Cleveland. About 85 employees now occupy the new space and already there are plans to build out as Danny keeps hiring more people.

Danny’s vision is to turn the watch business into a luxury technology company that buys, sells and trades in new and used watches to anybody, anywhere at any time. Everything in the building is created with the goal of “Putting more watches on more people’s wrists,” as Danny likes to say. “Our goal is to make the buying, selling and trading of watches as frictionless as possible to the consumer and with the utmost transparency.”

The three-story building handles all of Govberg’s back room operations. The first floor contains a modern watch repair shop where nine Swiss-trained watchmakers and refinishers service and repair hundreds of timepieces each month. They are located in two rooms separated by a wall that will soon come down to create one big space as more watchmakers are being hired. They have the equipment and knowhow to build their own watches. They were housed in Philadelphia’s Jewelers Row that was once the Govberg family’s jewelry store. Danny, company CEO, represents the third generation of the 101-year-old business.

The second floor is home to Govberg’s digitally driven pre-owned watch department, where salespersons are situated in an open-trading-floor-style layout similar to a financial investment operation. They are all buried in their dual-monitor PCs set on adjustable-height desks. George Mayer, sales manager, faces the team standing at his workstation like a symphony conductor. Prior to the new digs, the salespersons were crammed in two floors of office spaces above Govberg’s Philadelphia flagship store in center city.

For Danny this seems to be the most important part of his multi-tiered and multi-platform selling vision. The sales team is empowered to buy, sell and trade used watches. They also help their customers’ trade in their used watches for new ones or they can just sell them a new watch outright. The communication is done by phone, email and text. Danny calls this “watch management” for their clients in the same way that financial firms provide wealth management services. He also compares it to the way cars are bought and sold. The investment is often about the same.

“I think in the watch segment, ‘pre-owned’ will become the biggest brand. It will be bigger than any one individual brand,” he said. “We are at an advantage because we allow the consumer to use their pre-owned watches as currency towards future purchases, a service most primary dealers do not offer.”

While Danny wants to sell watches to everyone in every way possible, much of the technology he is employing is designed to bring Govberg Jewelers to millennial watch enthusiasts, who are mobile, Internet savvy and impatient with the formalities of the Swiss watch industry.

“I think a lot of people today just want to buy a watch and just want to sell a watch or trade a watch. They don’t want friction. They want to be able to make a phone call to sell it and know that we are taking care of them,” he said.

If there are Govberg clients who prefer the traditional luxury experience and culture of watch collecting, the store will provide trips to Switzerland and lavish events. For example, the company provided private tours of the recent Patek Philippe Art of Watches Grand Exhibition in New York.

The third floor of Govberg’s new space houses the executive offices along with marketing, technology, finance, and a video team, which has grown from one person in South Florida to a crew of five. The fact that the tech team is located on the executive level shows how much Danny values them.

The video team will soon move to the Philadelphia store where a dedicated video studio is being built above the retail floor. Govberg Jewelers has already produced hundreds of YouTube videos on pre-owned watches they have for sale and has just started producing a weekly live show on YouTube. Other types of programming are being planned as well.

The space inside the new building is designed as an open-floor plan to encourage collaboration. All of the offices have sliding glass doors. Large windows bring in plenty of sunlight. High ceilings reveal exposed air ducts, pipes and pendant lighting. There are lounge areas, a full kitchen and a conference room where watch brand representatives are invited for demonstrations.

The place also has a lot of personal touches with wall clocks from Swiss manufacturers, Philadelphia sports memorabilia, contemporary artwork and colorful supersized statues of comic book heroes and villains, including Captain America, Spiderman and The Joker. Danny seems to have an affinity for The Incredible Hulk.

The whole idea is to develop a sort of ecosystem of education, marketing and sales for watch collectors. It includes the following:

* The recently rebranded Govberg app, “WatchBox by Govberg,” that provides education, news, videos a way to track the value of personal watch collections and a way to share their collection with others;

* Govberg Jewelers recently purchased the pre-owned watch website “Watchuwant,” and will change the name to Watchbox;

* The watch repair shop, which gives buyers a sense of security that they can have their pre-owned watch serviced by qualified watchmakers;

* The Govberg Jewelers trading floor, the main driver of pre-owned watch sales; and

* The Govberg Jewelers website and social media pages for marketing

And there are more things on the horizon, all of it being generated from the new headquarters.

There’s a lot happening at one time and Danny knows this. He also knows there is no business model for what he’s doing.

“This is something that we’re trying to figure it out ourselves because there’s no path,” he said.

But so far Danny’s plan is working. The company is selling 60 to 70 watches a day, he says, and the focus on the used watch business has actually helped increase the new watch business.

“What’s actually happening to us is we’re selling many more new watches because people want to trade in and use the money for something new.” 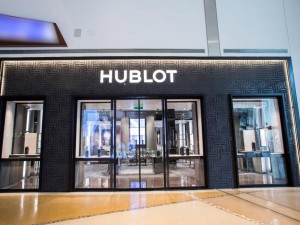 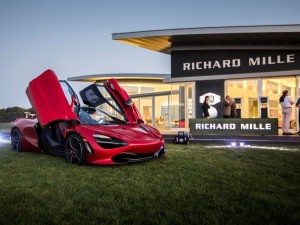