A. Lange & Sohne Dazzles And Innovates At SIHH 2018

Being A. Lange & Söhne comes with expectations, and at this years SIHH, the brand had once again no trouble meeting, and even exceeding, them! The beauty is that for this they used the full extent of their collection, paying homage to the perseverance, and excellent taste, of the man who resurrected A. Lange & Söhne to its current glory, Walter Lange, as well as introduce a unique complication!

Triple Split
That last one was one of the stars of the show, not in the least because the A. Lange & Söhne booth was dominated by an oversized version of the Triple Split! After the Double Split in 2004, A. Lange & Söhne now has created a mechanical chronograph that can not only measure two times simultaneously in seconds and minutes, but also in hours! On top of this does the watch also include a flyback function for all chronograph hands. A. Lange & Söhne even managed to keep this highly complicated movement modest in size, as the Triple Split is housed in a 43.2 mm 18K white gold case, and the brand will make only 100 pieces of them.

1815 “Homage to Walter Lange”
In January 2017 Walter Lange passed away, leaving behind an incredible legacy. A. Lange & Söhne pays tribute to his achievements with the 1815 “Homage to Walter Lange”. The watch is available in white, pink, and yellow gold, as well as a piece unique in steel, and features the new manufacture caliber L1924, after the year of birth of Walter Lange. The movement follows the typical A. Lange & Söhne-style, with plates and bridges made of untreated German silver, and a hand-engraved balance cock. What is unique, is that it features two seconds hands, a central one that jumps from second to second, and can run instantly, yet also be stopped with the pusher at two o’clock. This gives you the ability to use it as a 60 seconds chronograph. Additionally, there is also a running second in the subdial at six o’clock.

Saxonia Moon Phase
In 2016 A. Lange & Söhne added the Saxonia Moon Phase to its collection, which is now also available with a black dial, in either a 18K white or pink gold case. Does the color of the dial make an important difference? Yes, as a matter of fact, it does. The watch gets a more formal look, which complements the moon phase display perfectly, with its 852 stars and incredible accuracy which only requires adjusting once every 122 years.

Saxonia Thin
The moon phase is not the only part of the Saxonia collection which will be extended, as the Saxonia Thin will now be available with a copper-blue dial. Crafted from solid silver, it is coated with a thin layer of goldstone, which gives the watch a shimmering appearance, much like the night sky. Combine this with its white gold case, which measures only 6.2 mm in thickness and 39 mm in diameter, and its beautiful manual wind movement, and you have a stunning, yet understated watch. 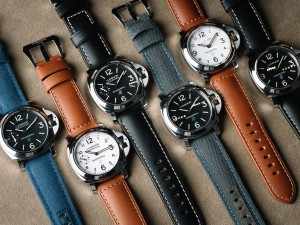 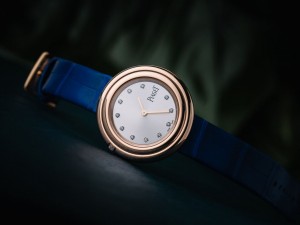 SIHH 2018: Piaget Takes The Possession Collection To The Next Level!