Flying around the world in a Spitfire is not an easy thing to do, yet it is a challenge that has been taken up by pilots, Steve Boultbee-Brooks and Matt Jones. Their journey is supported by IWC, so around their wrists, they will also have a watch especially dedicated to this adventure and able to keep track of time wherever they are on the globe.

The IWC Pilot’s Watch Timezoner Spitfire Edition “The Longest Flight” is with a diameter of 46mm not a small watch, but it does pack a punch. This starts with its movement, which is calibre 82760. It was specially developed by IWC for the Pilot’s Watch Timezoner and is made completely in-house at their manufacture in Schaffhausen. It features a Pellaton winding system, which gives the watch a power-reserve of 60 hours when fully wound. Inside the movement, IWC utilizes several components made from ceramic, to limit wear and tear. While this calibre is beautifully decorated, that is something that only your watchmaker will see, as IWC opted for a closed caseback with an engraving dedicated to the “The Longest Flight” challenge.

The watch is fitted with a convex sapphire crystal which not only has an antireflective coating on both sides but is also specially secured so that it stays in place should a sudden drop in air pressure occur. The innovative system to set the second time-zone, simply by turning the bezel, is one that we already knew from the Pilot’s Watch Timezoner Chronograph. IWC left out the chronograph for this particular model, which makes the dial much cleaner, and easier to read at a glance.  Because the watch is relatively large, so is its ceramic bezel and that allowed IWC to write out the city names for the majority of them in feel without it making look cluttered. The green textile strap is a nice match as well, as it has a military look and feels to it that compliments the rest of the watch. The large crown not only makes it that the watch looks well proportioned, but also makes it very easy to set the time, although it is doubtful that this will be done with gloves on, as the innovative world time function will take over most changes needed once in the air. The Pilot’s Watch Timezoner Spitfire Edition “The Longest Flight” is further limited to only 250 pieces. 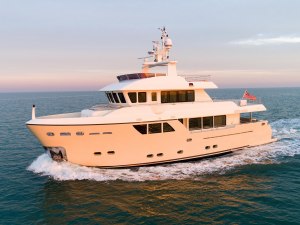 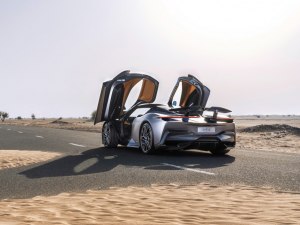