The Hottest Watch Movements Part I

The appeal of high-end watches has always been a combination of different aspects, in which the watch movement plays a very important role. While our eyes are usually focused on the front of the watch, nowadays the glass case back on many models also allow us to take in the mechanical marvels that power it. Many of them are the result of dedication, perseverance, ingenuity, and craftsmanship, which are all needed in their creation process. Some movements have been around in more or less the same configuration for decades, while others have been conceived in more recent times. Time to take a closer look at what we consider some of the hottest watch movements available today!

Hublot Caliber HUB 1201
Hublot is not only known for its technically innovative watches but also because that they combine this with a beautiful movement architecture. A good example of this is caliber HUB1201, which powers the Big Bang Meca-10. This manual wind movement features a ten-day power reserve. As it is skeletonized, Hublot placed the majority of the interesting parts on the front side of the watch, but that doesn’t mean that the back is uninteresting to see. In fact, it provides you with an insight into the superb design capabilities of the brand as separated over three rows you can see the mainspring barrels and associated gear train that supply the power to this incredible movement.

Greubel Forsey 24 Secondes Vision
From the front, the 24 Secondes Vision is one of the most introvert Greubel Forsey‘s. It almost looks like a regular watch apart from the opening in the dial which shows the 25 degrees inclined tourbillon. From the back, it is, however, a whole different ball game. There the tourbillon takes center stage underneath its dome from sapphire crystal, ready to be examined when it performs its mesmerizing dance which repeats itself every 25 seconds. It is crowned by the power reserve indicator, but more so by the scary perfect finish that is one of Greubel Forsey’s hallmarks. While all done by hand, even close examination through a loupe will not reveal even the hint of a flaw and combined with their technical ingenuity is that why Greubel Forsey resides at the top of the horological pyramid.

Jaeger-LeCoultre Caliber 849
Some watch movements have a fascinating history, and among them is caliber 849 by Jaeger-LeCoultre, which was created together with Audemars Piguet and Vacheron Constantin as a manual wind, ultra-thin movement and first offered for sale in the early 1950’s. While the movement is only 1.85 millimeters thick, Jaeger-LeCoultre loved to push the envelope even further by not only skeletonizing nearly every part of it but also engraving it as well. They even went as far as opening up the mainspring barrel, decorating it with the brand’s logo. All these crafts combined form a testimony to not only the craftsmanship that Jaeger-LeCoultre is capable of but also the reliability of the original design that allows for these extensive modifications while remaining a solid performer.

Ulysse Nardin Caliber UN-630
Another brand that loves to push the boundaries of technical and aesthetical design is Ulysse Nardin. With the Grand Deck Marine Tourbillon, they have achieved both, not only with its jump hour indication combined with one of the most innovative minute displays in the industry but also with the layout of their movement. Awarded with the Geneva Seal is caliber UN-630 showing not only its aesthetic beauty but also its technical complexity. It is constructed out of 469 parts and comes with two mainspring barrels, which take a prominent place at the back of the watch, which also clearly shows the gear train through which it distributes its power to the rest of the movement. It results again in one of those movements in which it is very difficult to decipher if form follows function, or that it is the other way around. 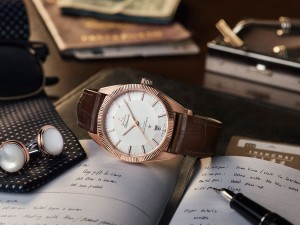 Back to School Vibes: Grown-Up Watches That Score Top Marks 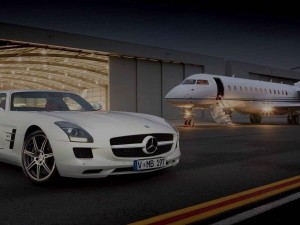