Which Rolex Sea-Dweller DeepSea Is Best?

In 1967, Rolex launched the Sea-Dweller reference 1665, a watch capable of withstanding underwater pressures to a depth of 610m. Over the years, the brand continued to improve its offering, introducing Ref 16660 (1220 m), Ref 16600 (1220 m), and the latest DeepSea Ref 116660 (3900 m), introduced in 2008. The brand then surprised many last year when it launched the DeepSea D-Blue, a rare commemorative watch with an odd blue dial. So which one should you dive in for? Which would make the best companion, under water or back on the shore? This is of course, a matter of opinion, but let us make an argument for each one first. Rolex introduced the DeepSea Ref 116660 in 2008, with a brand new case architecture patented by Rolex, known as the Ringlock System. Rolex doesn’t mess around too much with tradition, so making such a move could mean only one thing: Rolex was willing to compromise form over function. The new system allowed the watch to resist water pressures at much greater depths than ever before, thanks to the high resistance ring placed between the crystal and the case back, a sapphire crystal (thicker than the crystals used for the Oyster models) and a titanium case back. The case of the Rolex DeepSea Ref 116660 was also equipped with a helium escape valve. This allows the helium that penetrates the watch during deep-water saturation dives to escape without harming the timepiece when the gas expands during the decompression stages in a hyperbaric chamber. Other novelty features include the numerals and the graduations that are engraved in the ceramic and coated with platinum using a PVD (Physical Vapour Deposition) process patented by Rolex. Priced at $12,050, the Rolex DeepSea Ref 116660 is a brilliant offering from Rolex, although at $300 extra, the Rolex Sea-Dweller DeepSea D-Blue will make collectors think twice. If the DeepSea Ref 116660 was function over the form, the D-Blue goes the other way. The very special DeepSea D-Blue was produced in 2014 to celebrate the partnership between Rolex and James Cameron, on the occasion of the release of National Geographic’s Deepsea Challenge 3D film about filmmaker’s record breaking diving expedition. The new version of the Rolex Deepsea, although a little odd, struck a chord with Rolex enthusiasts because of its fantastic ocean blue degraded dial. Otherwise, the D-Blue showcases the exceptional strength and waterproof capabilities of the Rolex DeepSea Ref 116660. A nearly indestructible nitrogen-alloyed stainless steel compression ring is positioned inside the watch case, around the movement, to provide support for the crystal and the case back. The caseback in Grade 5 Titanium is held tightly against the high-performance compression ring by a screw-down ring in 904L stainless steel. Both watches are equipped with Rolex Deepsea’s Oyster bracelet which features an Oysterlock safety clasp that prevents accidental opening, and a double extension system that allows the watch to be worn comfortably over a diving suit up to 7 mm thick. Each watch should see their value increase although the DeepSea D-Blue should it stock increase longer because of the design’s unique features. To find out more about the differences between these two watches, head to Guido Mondani Editore, and check out “Collecting Rolex Submariner” now. 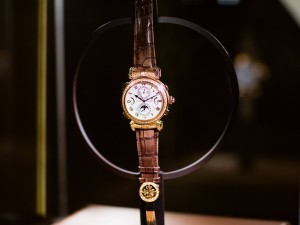 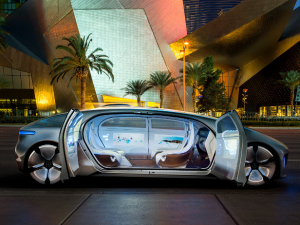