Carbon has become an increasingly popular material for use in watchmaking these days but no other brand has taken this as far as Roger Dubuis. With the Excalibur Spider Carbon3, they present a timepiece which is not only equipped with a case and bracelet made from this material but incorporated it in the movement as well.

Caliber RD509SQ features everything that we have come to expect from Roger Dubuis. Their spirit of innovation is present by making the main plate, bridges, and tourbillon upper-cage from the same multi-layer carbon that they use for the case and the bracelet. The result is a  very attractive movement, skeletonized in a star-shape, with the mainspring barrel at its center. Due to the texture of the multi-layer carbon, the movement gets a horizontal pin-stripe decoration, which is quite subtle yet also creates a unity with the rest of the watch.

The movement not only offers an impressive power reserve of 90 hours but is also fitted with another hallmark of Roger Dubuis: a flying tourbillon. Located off-center, between six and eight o’clock, it provides a visual balance to the mainspring barrel located on the opposite side and makes the highly technical nature of this watch even more tangible. Here Roger Dubuis also utilized multi-layer carbon, this time for the tourbillon’s upper cage. While skeletonized movements are very nice, their effect is often lost on the wrist when firmly pressed against the skin. Roger Dubuis realized that as well and tackled this problem by using a honeycomb structure as a backdrop. While this doesn’t take away from the sensation that a skeletonized movement provides, it does make it look a whole lot better when it is worn on the wrist.

With such a movement, it is quite easy to forget that the Roger Dubuis Excalibur Spider Carbon3 also has another part that is very difficult to make: its bracelet. It is also crafted entirely from multi-layer carbon, and each part of each link has been machined to perfection. That makes it that its wearing comfort is second to none, also because the weight of the whole watch is only a mere 81 grams. This is quite a feat, as its diameter is still a generous 45mm, with a height of 14.05mm. Roger Dubuis will make only 28 pieces of the Excalibur Spider Carbon3, which will make it a rare delight for connoisseurs who like innovative watchmaking taken to the next level. 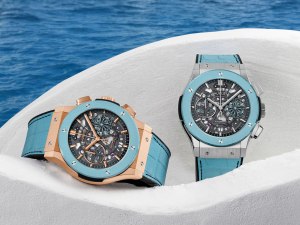 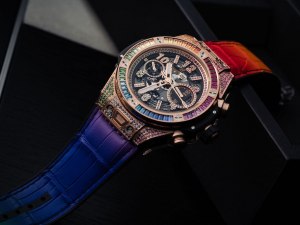