Omega and Daniel Craig Talk Seamaster’s Past and Present

Swiss luxury horologer Omega celebrated the legacy of its iconic Seamaster collection together with the actor who has come to represent the watches on and off the screen – Daniel Craig.

On March 9, at a private VIP dinner and an on-stage discussion at The Beekman Hotel in New York, Omega and Craig took guests on a journey through the history of the famed timepieces that first premiered in 1948.

At the gathering, the British movie star, who is an avid watch collector, sported an Omega Seamaster 300. Craig’s choice of watch cued to the 20-year long relationship between Omega and the James Bond franchise.

The first Omega piece to appear in a Bond film was a Seamaster Diver 300M, whose distinct deep blue dial flashed on Pierce Brosnan’s wrist in 1995’s GoldenEye. Ever since, Bond has worn Seamasters, whose strong silhouette and exact performance conjure the famed spy’s sharpness and prowess. Having replaced Rolex as a 007 watchmaker, Omega has unveiled commemorative Seamaster editions, often limited to under 10,000, with each subsequent Bond picture.

In 2006, when Daniel Craig took the lead at Casino Royale, the label debuted a special Seamsaster Diver 300M Chronometer, whose dial mimicked a spiral gun barrel. In the following years, Craig carried the alliance forward, serving as a brand ambassador for the high-end horologer. Appearing in Omega video and print campaigns, Craig has also represented the label at various red-carpet and sports occasions, including the London 2012 Olympics.

Keen on the horologic craft, Craig has shown quite some interest in Omega’s craftsmanship. In 2015, for instance, the actor toured the label’s factory in  Switzerland, where he got a first-hand look at the production of the Omega Seamaster 300 Spectre edition. The watch marked the 24th Bond movie that hit the big screen a couple of months later.

These and more momentous episodes of Omega Seamaster’s past and present infused the March 9 event. 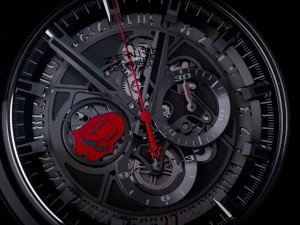 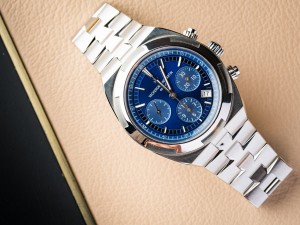