Kevin Love On His Passion For Watches & Growing Collection

On August 7th, 2019, the NBA made history as it announced that it will require every team to have a licensed mental health professional on retainer. This moment signified a pivotal step for the progression of mental health awareness within the sports industry, and NBA star Kevin Love’s photo was the featured image of the announcement that went viral on social media and the Internet.

Why? Because the Cleveland Cavaliers’ Power Forward has made it his mission to position mental health awareness as a forefront issue within our society. As a longtime champion of the cause and destigmatizing it within the sports industry, he has worked tirelessly through his Kevin Love Fund to make mental health aid accessible to everyone. And as a result, he can remember this day with well-deserved pride for years to come as it marks a crucial step in tackling the greater issue.

Love has been extremely vocal on breaking this taboo and has spoken freely on his own personal issues with anxiety and depression. His life took a turn following a fateful game on November 5th, 2018, during which he suffered a panic attack on the court. Since then, he has opened up to help others confront their deep-rooted anxieties as well.
As we sit prior to the big NBA mental health news being released, but more than a year after this life-changing day for Love, he’s candid about his lifelong battle with his inner demons.

“Mental illness—whether it be anxiety or depression, has affected me ever since I can remember,” he shares. “I didn’t really know what it was from early on—especially from an anxiety standpoint—I just knew I felt this way every single day.”

He eventually decided to confront these feelings head-on. And thus, the Kevin Love Fund was born in partnership with the Entertainment Industry Foundation (EIF), with a mission to inspire people to live their healthiest lives each day while providing tools to achieve physical and emotional wellbeing.

“Fast-forward to now, I learned to change my relationship with depression and anxiety and utilize coping mechanisms—whether it be meditation, medication, working out or cognitive therapy,” Love shares. “Going through all of this has changed my relationship with anxiety and depression and for me—it’s my way to pay it forward and serve a higher purpose.”

Love notes that half of the battle of mental health awareness is destigmatizing it to others and making it the norm to speak these fears out loud.

“Throughout most of my life, I always buried [anxiety] and suppressed it and suffered silently. As a young man, and especially in sports, I would hear from my father or my coaches [and] teammates saying, ‘Hey, keep your chin up; don’t show emotion. Be a man.’ Sports in general, like life in general, are very emotional. I realized that being able to control it and confront it was key in my progression. But it took me 29-and-a-half years to walk this walk.”

A major part of his success in learning to cope with his anxiety and depression has been practicing what he preaches: verbalizing his thoughts, sharing his experiences and also learning to determine his triggers.

“There’s not really a one-size-fits-all model with anxiety and depression, but the key is figuring out your triggers and working to change your relationship with the things that might cause yourself to have these negative feelings. And talk to someone—whether it’s a counselor, a therapist, a friend or even just an unbiased, third party—they might see something that you’re missing and might just change the way you think about something to take you out of it.”

He realized that being a public figure and having influence over so many people, particularly the youth, was paramount to inspiring others to make progress within themselves, as well.

“Now that I’m able to spread this positive message, I feel that I’m seen as more than just an athlete. The beauty of the NBA has been that they support us in talking about these tough subjects and they’ve been a driving force to push us to open up to the public about it,” he shares.

“Basketball players—and athletes in general—are sometimes put into a box. And we have so much reach and are able to create such a positive impact on the world in a big way, and we’re able to affect the next generation and, hopefully, inspire some change. That all starts with talking about it.”

Love and his fellow NBA pals have led by example in this process. Aside from the Kevin Love Fund, his longtime friend and former teammate LeBron James has also opened up about his own struggles through The Shop on HBO with Love and TV host Maverick Carter. The crew starred on the episode with about 20 players, who all shared their personal stories about struggling with their own versions of anxiety.

“Nothing haunts us like the things we don’t say,” Love notes. “Only by being who you are, you get what you want. Success does not relieve you of depression. Sometimes life can get more complicated the higher you go. This thing [anxiety] transcends.”

Coming to this conclusion was an important moment for Love. “Sometimes just saying things out loud that you’ve kept inside for so long will allow you to come to your own conclusions without you even realizing it,” he says.

It’s evident from speaking with Love that he doesn’t settle for anything less than his absolute best—whether it be his performance on the basketball court, his fierce passion for helping others, or even just getting through his day-to-day routine.

“I am a huge checklist guy,” he notes. “I have stuff written down every day that is a goal of mine—really short-term, micro goals. It can be as small as making your bed, going on a walk. These are the little things that you can easily benefit from and feel small success from every day.”

However, he certainly also dreams for the bigger picture. Aside from his desire to make the world a healthier and happier place, he also has some material wish-list items.

If you’re familiar with the 6 foot, 10 inches tall basketball star, it’s easy to see why he is considered one of the best-dressed players in the NBA. Known for his classic yet consistently on-trend style, he manages to merge timeless fashion and streetwear expertly, dependent on his mood.

“My style is definitely classic,” he shares. “That probably stems from loving classic film. I would say most of my closet is filled with timeless pieces of clothing. But I also keep adding in pieces that will add a different mix, such as streetwear. Also, vintage tees. I am a huge, huge vintage T-shirt guy. There is a lot of diversity in menswear, and I think that’s what makes it super fun. It’s a form of expression that we’re seeing more and more with athletes, particularly in the NBA.”

He continues, “It’s more than just wearing clothes or timepieces. We made it a business, and I think that’s what makes it fun because it’s a form of self-expression, and we’re living our best lives through that.”
On the subject of ‘living our best lives,’ we asked Love what his ultimate, “if money were no object” timepiece would be. He answers without hesitation.

“The Paul Newman Daytona, for sure. Without question. I think of The Sting. I think of Butch Cassidy and The Sundance Kid. Cool Hand Luke. It was like a style icon, at least for me, because I love old-school film. I have always looked at that particular watch and the variations of them and had a special feeling towards them,” he shares. “And I think the price indicates that they’ve only trended in the right direction.They are just classic, timeless—it is a brilliant, brilliant watch, and I would love to eventually be able to purchase one of those and sport it on my wrist proudly.”

Clearly, luxury timepieces are another one of Love’s passions. Aside from what he desires, he already boasts a covetable collection, ranging from Rolex to Audemars Piguet, Hublot and more. We speak on some of his most beloved timepieces in his collection.

“My [Audemars Piguet] Royal Oak Offshore is one of my favorites for special occasions. It has a beautiful black band and it’s in rose gold. It puts me back a number of years when I was in Paris and there was a great vibe and great energy, and it was actually a spontaneous buy. I casually went to look in the store and left there thinking, ‘I’ve got to have that.’”

Through time, he’s continued to build on his collection. “All of my timepieces represent personal stories,” he notes.

“They are all specific times in my life that I can look back at and reflect on. It’s fun to put together a personal collection which, for me, will continue to grow and continue to tell a story. I love being creative, but to me, it’s all about that essence of time.”

Time is an important theme in Love’s life. As he shares, “time is the ultimate luxury….you never have any less of it than you do right now—the father of time is undefeated. All we can do is try to create more of it.”

A timeless style, a passion for timepieces and a desire for more time—these are all things that encompass the rich and complex life of Kevin Love. Like his ever-growing timepiece collection, Love’s story is currently growing and evolving as well—into one that far surpasses just an athlete. And we’re honored to be part of the story. 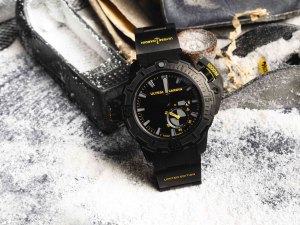 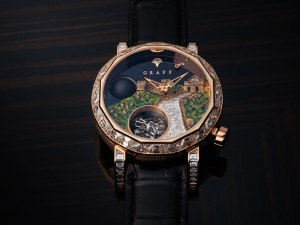