Milan Design Week has begun and for the first time Grand Seiko, the Japanese watch brand, has sponsored an art installation during the fair.

The exhibition’s theme is the “Flow of Time,” and is on view at La Triennale di Milano, a design and art museum in the Italian city. The inspiration of the multimedia artwork is the Grand Seiko Spring Drive movement that is driven and regulated through mechanical, quartz and electromagnetic power. The result, visually, is a sweeping second hand that glides silently across the dial—unlike the one-second ticks of a quartz movement or the rapid beats of a mechanical watch.

“When talking about Grand Seiko, we’ve tended to emphasize its precision, superb accuracy and specifications, but watches today should fit people’s lifestyles and also possess values that can appeal to human sensibility,” said Shinji Hattori, chairman and CEO of Seiko Watch Corporation. “Now, we would like to communicate the world view we have incorporated in our Grand Seiko brand watches in the form of an art installation that can be experienced by the five senses and provoke an emotional response…. We chose the Spring Drive movement as the motif of our exhibit because of the smooth glide motion of the second hand it produces, a reflection of the silent and continuous natural flow of time that is at the heart of the Japanese sense of beauty.”

The job of interpreting this concept onto a room-sized installation was left to a multi-disciplinary group of Japanese designers. Satoshi Yoshiizumi of Takt Project and designer Shingo Abe created the art installation. Meanwhile, Toshiki Kiriyama of Trunk Ltd., served as general producer of the exhibition and designer Hikaru Mori served as the spatial designer.

The concept consists of an enormous visual screen that transforms the transience of time into space as a background for 12 acrylic objects in different shapes on stands in a single line. Sealed inside each acrylic object are parts of the Spring Drive watch movement that becomes integrated with the constantly moving scenery.

Looking into the objects, small twinkling spots of light surrounding the parts, which is designed to demonstrate the existence of small electricity generated by the parts themselves in silence.

“As you walk along the 12 objects, the parts are formed into a watch movement, and complimented with the moving scenery,” Yoshiizumi said. “The complete watch movement will continue to display time though it is sealed inside the object. This is where the flow of time never ceases to exist.”

For Abe, the Grand Seiko Spring Drive represents a return to the way time flows in its natural state. To visualize this, he uses two techniques to project photographs onto the screen: “Multiple exposure,” where you capture an enormous number of moments and install them into one photo; and “long exposures,” where you trap the whole flow of time into a single photograph.

“The Spring Drive upgraded what used to be a tool to ‘know’ the time, to a device that makes you ‘feel the time,’” Abe said. “This visual work captures the steps of this evolution.”

“It is an art installation in which you can feel Grand Seiko’s thought just by looking into it.” 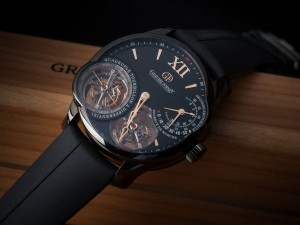 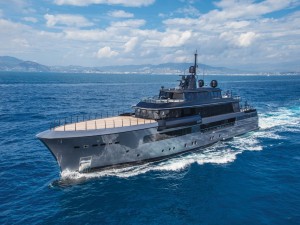