Becoming a ‘gold standard’ in the world of watches is something that only a few models will ever achieve. In a twist of irony have many of them accomplished this by being made not from this precious metal. However, that doesn’t mean that even those don’t look good in gold. Over the years have the following four models proved their staying power and became the ones to which all the others are measured.

Patek Philippe Nautilus
The Nautilus became a legend mainly because it was the very first luxury watch crafted from stainless steel by Patek Philippe. Its unique look, designed by Gerald Genta, gave this watch a distinct sportive edge. Over the years Patek Philippe has created many versions of this watch, and among them several gold models. While this may not be the material in which this watch became a legend, it looks lusciously luxurious when crafted from it, especially with the integrated bracelet.

Rolex Day-Date
The Rolex Day-Date might actually be the synonym of an all-gold watch. It was introduced in 1956 and combined a few very desirable features, such as its automatic movement, waterproof case, and day-date display in which the day was written out in full and available in several different languages. It quickly became the favorite watch of not only successful entrepreneurs, but also heads of state, including several US Presidents, and even some of the former popes has been spotted with one. Its desirability continues today as the Day-Date is still a fundamental pillar of the Rolex-collection, and of course only available in precious metals.

Hublot Big Bang
Few watches have made such an impact as the Big Bang by Hublot. With its ‘Art of Fusion’ did it combine materials that have yet to be brought together in a single watch. In quite a few models, this ‘fusion’ also included gold, but for Hublot, this was not enough. They also sought to improve gold itself, and one result of this quest was ‘Magic Gold.’ By creating an alloy of 18k gold with ceramic, did Hublot make the material much more scratch-resistant. As a result it is now even more suitable for use in sports watches, a category in which the Big Bang has become an icon as well as a bestseller.

Santos de Cartier
The Santos de Cartier was one of the first sports watches launched by Cartier when they made the transition from a family firm of three boutiques to a global enterprise prominently present in the most important cities in the world. While it was available in steel, it was the steel/gold variety that was among the most popular. However, the all-gold version also rose to fame on the wrist of Michael Douglas, in his role of Gordon Gekko in the cult-classic ‘Wallstreet.’ Today the gold Santos is still available in the collection of Cartier, now in an enlarged and slightly redesigned appearance. 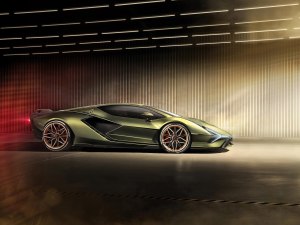 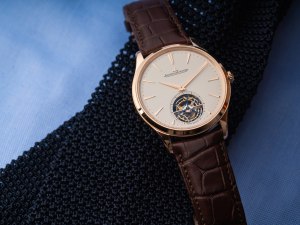