Blancpain Fifty Fathoms: The History Of A Diving Legend

Legends aren’t created, they are born under extraordinary circumstances and often designed to be good at a very specific task. Such was also the case of the Blancpain Fifty Fathoms. Born in 1953, it combined a few remarkable features that would make it a pioneer in diving watches.

The Fifty Fathoms was the brainchild of Jean-Jacques Fiechter, then CEO of Blancpain, who was an avid diver, something he shares with the current Blancpain CEO Marc A. Hayek. When he took the reigns of the company in 1950, he set out to create a watch that could accompany him in the abyss below the surface.

The name Fifty Fathoms may sound a bit unusual, but it refers to a British measurement of depth. Fifty Fathoms is about 91 meters/close to 300 feet deep, and at the time this was the deepest divers could dive with the technology of the time. Making a watch water resistant, let alone dive with it, was at the time still a challenge. The first Fifty Fathoms had, therefore, a special double O-ring seal in the crown (for which Blancpain was awarded a patent) and also choose an automatic movement so that the crown didn’t have to be unscrewed on a daily basis.

Readability was another important feature, especially since in those days there were no diving computers and the watch would be a vital part of the equipment. Blancpain tackled this by creating not only a black dial with luminescent hour markers and hands but also to create a lockable bezel allowing the diver to check the elapsed time, a feature for which Blancpain was awarded another patent.

That such a remarkable watch did not go unnoticed is evident from the fact that Captain Robert “Bob” Maloubier, founder of the Frogmen unit of the French Navy approached Blancpain, and adopted the Fifty Fathoms as part of their official combat gear.

Maloubier was not the only one that took notice of the remarkable qualities of the Fifty Fathoms. Jacques-Yves Cousteau, perhaps the most famous diver ever, also got himself a Fifty Fathoms which he wore while filming “The Silent World,” an underwater documentary that won not only an Oscar but also the Palme d’Or at the Cannes Film Festival in 1956.

While today we would purchase a Fifty Fathoms at the brand’s boutique or a high-end jewelry shop, in those days you could find them in specialized diving stores, as they were seen as an inevitable part of their equipment. To keep up with their demands, Blancpain remained invested in creating innovative diving watches, up until today. And while diving watches now serve as a backup for the diving computer, it is interesting to note that many of the requirements that Jean-Jacques Fiechter set over half a century ago, and incorporated in the Fifty Fathoms, where also the ones mentioned in ISO 6425. This is the norm that sets the standard for diving watches and was officially established in 1996. Talking about being ahead of your time! 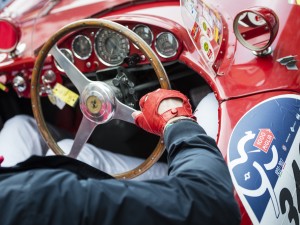 Driving The 90th Edition Of The Mille Miglia With Chopard 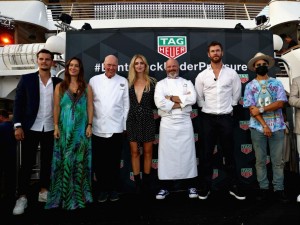