Tomorrow Baselworld will open its doors once again. This year it will be a completely different animal altogether. The departure of the Swatch Group, as well as an exodus of other brands,  has made the show much smaller than it was in previous years. The question that remains is if that is a bad thing?

That there are fewer brands attending means that there will be less competition among the novelties, for press coverage as well as the attention of the consumer. This can especially benefit the medium to smaller sized companies. While there has been quite some criticism, especially in the last year, on the performance of Baselworld, the fair management seems to have taken these at heart and worked on revising their concept. For this, they will utilize the space that is left after the departure of the Swatch Group and realize a new press center, but also introduce a plaza to showcase jewellery, as well as a major upgrade of the gastronomical offerings at the fair.

In terms of new watches, there will be very little to worry about, as some of the world’s most innovative brands are still present at Baselworld. While Hublot already released quite a few ‘appetizers’ earlier this year, Baselworld is still their main podium for new releases. The same goes for Zenith, which is planning a spectacular celebration for the 50th anniversary of the El Primero movement. Bvlgari already re-introduced Gerald Genta as a brand, and it will be very interesting to see if they are already taking this further with another release.

Baselworld is also the show of Rolex. Last year the steel GMT-Master with Pepsi-bezel was one of the stars of the show and the teasers released by the brand already indicate that we can expect another novelty in their collection of sports watches. Breitling also choose to remain at Basel, and the expectations of this brand are very high, as this is basically the first year that they had proper time to prepare after Georges Kern took over as CEO. Next to this, we also have steady performers such as Chopard and Grand Seiko, who have a tradition of introducing novelties complementary to their current collection at a consistently high level. Eyes will also be on Patek Philippe, who is bound to make its mark on this year’s edition of the fair as well. With all that in mind, Baselworld 2019 is expected to be significantly different from the years before, and maybe that is for the better. What won’t change is that we will present you with the most tantalizing novelties here on the Haute Time website, as well as on our social media channels! 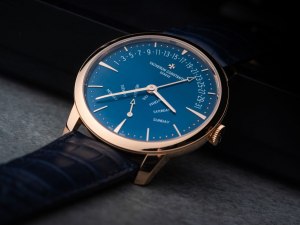 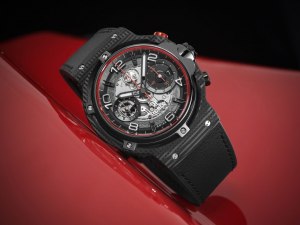 Hublot Is Kicking Off Baselworld 2019 In High Gear!