As Clear As Black & White: Luxury Watches With Panda Dials

A relic from the mid 20th Century, the Panda dial has proved its staying power six decades later. Defined as a chronograph dial with a white background and black sub-dials (and nicknamed after the cute creature with that recognizable face), the Panda dial is as fresh looking today as it was when it first appeared. Case in point is this batch of contemporary luxury watches with Panda dials.

Fashioned after the famed Speedmaster CK 2998 from 1959, the Omega Speedmaster “CK 2998” Limited Edition is proudly vintage-inspired yet executed to all the modern standards we have come to expect from current luxury watches. Housed inside the 39.7mm stainless steel case is the star of the show: a classic Panda dial with where a sandblasted silvery dial serves as the backdrop to three black subdials. There’s also a black minute track, a red-varnished chronograph hand, and a black ceramic bezel with a pulsometer scale completing the very handsome look of this limited edition Speedy. Powering the watch is none other than the ever-dependable manual-winding Caliber 1861. Finally, faithful to the retro inspo is the black micro-perforated rally-style leather strap fitted to the watch, complete with white stitching and white rubber interior.

When Zenith debuted its pioneering automatic El Primero chronograph movement in 1969, the brand featured a black and white panda-dialed A384 model in its first advertisements, establishing the contrasting style as a signature design of the El Primero collection. Fast-forward 48 years later and Zenith launched the El Primero 36,000 VPH “Panda” in 2017 featuring an ultra-modern black ceramized aluminum 42mm case furnished with a silvery dial with a trio of black closely-placed subdials. The obligatory tachymeter scale sits around the dial under the sapphire crystal rather than on the exterior of the watch. Inside the case is, of course, the legendary high-beat El Primero chronograph movement (Caliber 400B) operating at 36,000 beats per hour and supplying the watch with 50 hours of power reserve.

In 2016, TAG Heuer announced the Autavia Cup competition where fans would vote on which vintage Autavia would be re-issued the following year. The winner reference was the Heuer Autavia Ref. 2446 Mark 3 and the modern TAG Heuer Autavia 2017 soon followed. However, rather than a straightforward re-issue, TAG Heuer executed the Autavia to meet current tastes and expectations. The watch includes a larger 42mm steel case, a boosted water resistance rating to 100 meters, sapphire crystal, and the automatic Caliber Heuer 02 movement. The reverse Panda dial (white subdials on a black background) however, remains close to the original design, with the exception of the addition of a date window and the swapped positions of the hours totalizer and the running seconds registers to accommodate the new movement.

There’s perhaps no other watch as closely linked to the Panda dial than the Rolex Daytona—particularly those coveted vintage “Paul Newman” versions. Decades on, Rolex continues with its Panda dial offerings within the Daytona collection with the addition of some ultra-luxe versions to sit alongside the robust stainless steel editions. The Rolex Daytona 116519LN is an 18k white gold version of the iconic Daytona, fitted with a ceramic bezel on top of its 40mm case and the rubber and metal Oysterflex bracelet to its lugs. The three black registers on the dial pop thanks to the contrasting steel background, which makes for an appealing twist to the classic Panda dial. 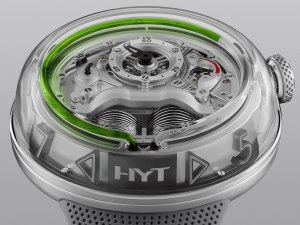 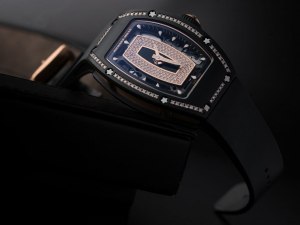 Diamond Watches Fit For A Dame