Jean-Claude Biver is a man that needs no further introduction to even the most novice of watch collectors. In the more than 45 years of his life that he dedicated to the Swiss watch industry, he has played a vital role in the renaissance of mechanical watchmaking. Through knowledge, courage, and tenacity, he developed what seems to be a Midas touch and shaped the watchmaking landscape as we know it today.

Jean-Claude Biver started his career as European Sales Director for Audemars Piguet right when the first Royal Oaks hit the market, before joining to Omega. When he discovered that Omega owned the rights on Blancpain, he did something that many would consider betting against the market; At the height of the quartz crisis, he bought the Blancpain name to turn it into a brand dedicated to mechanical watchmaking, with a particular focus on complications. Through hard work, determination, and being able to envision what so few other people were able to see, Biver turned Blancpain into the thriving, well-respected haute Horlogerie manufacture, that it still is today.

But when you say Biver, you also say Hublot. As the inventor of ‘the power of fusion’ he combined materials never seen in a single watch before. It was again his vision that turned this niche manufacture with its distinct porthole shaped watches into a brand that is not only a serial innovator but also one of the most in-demand Swiss brands.

Jean-Claude Biver is today as retired as he will ever be, still serving as non-executive President of the LVMH Group Watch Division. When you spend so much time in an industry and have such a profound passion for its products as Biver, it cannot come as a surprise that he has an imposing collection of watches himself. Fascinating is that it goes far beyond the brands that he was ever himself involved in and include the cream of the crop of vintage Patek Philippe‘s, but also exclusive modern-day creations by independent watchmakers such as Dufour and Rexhepi.

Together with auctioneer Philips has Biver put together a non-selling exhibition which includes a wide variety of very interesting watches from his private collection. The exhibit will be open from November 7th to 10th in Hotel La Réserve during Phillips’ watch auction, after which it will go on tour to Hong Kong, New York, and London. In each of the cities will Jean-Claude Biver share his passion for watchmaking in general and his collection especially, through lectures and panel discussions. This is an extremely rare opportunity for watch collectors and connoisseurs to get intimate insights from one of the titans of Swiss watchmaking and to see part of his private collection. 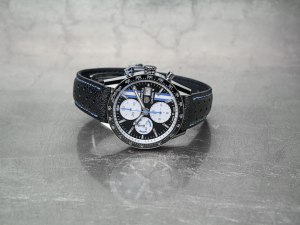 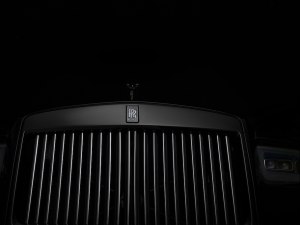