Watches Born On The Battlefield

Last week was dedicated in many countries to remember WWII. Causing immense destruction, unimaginable loss of life and great suffering, a line from “War” by Frankie Goes To Hollywood” comes to mind: “War, what is it good for?”.

In terms of watches war usually meant that the regular consumer market was down or ceased to exist, with specialized orders from the armed forces taking their place. Practicality rules and form followed function. In general, watches have always been greatly influenced, directly or indirectly, by war. While women were more eager to adopt the wristwatch in the early 1900’s, men needed WWI before they finally saw the added value of wearing a watch on the wrist instead of in the pocket.

While some inaccurate stories are going around that Cartier developed the Tank watch for the French military, in steel and complete with a bracelet that resembled the tracks of a tank, it was actually inspired by the outline of a Renault Tank when viewed from above. While it never was intended for the battlefield, it was inspired by a war machine.

Some brands, like Panerai, were specialized in supplying, in this case, the Italian Navy, with purpose build watches. When that purpose would fade away, as hostilities have stopped, they were often eagerly adopted by the civilian market. IWC’s Big Pilot watch is the spiritual successor of the B-uhr (Beobachtungsuhr) which the brand made for the German Luftwaffe. Because in the design of these watches, fashion was a non-existing consideration, they have a timeless appearance. With form follows function, they remain even today very practical watches, although now we do not use them as a navigational tool while flying a bomber plane but to see if we are going to make it to the gate on time to catch our flight.

In many ways, watches created for the military have become a design style, adopted even by brands who never made watches for any military unit. They have become part of watch making history as well as retained a strong influence on current design, and in some cases even fuelled innovation. 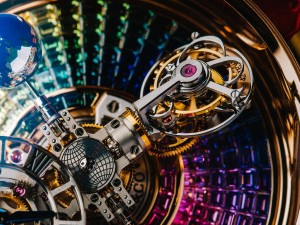 When 5 favorite photo’s of Baselworld turn into 10! 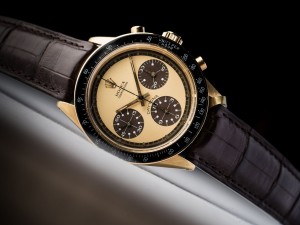