Watch of the Week: Piaget Altiplano

Class pur sang, that is, and always has been the Piaget Altiplano. A refined case, which is so distinctly understated that connoisseurs immediately know that they are looking at something special, houses a movement that comes from a ‘royal’ lineage of ultra-slim movements.

At SIHH in January Piaget presented some additions to the Altiplano line-up including these two models with a meteorite dial. Each of them has a different approach; one is fitted with a grey meteorite dial, which gives a stunning contrast with the pink gold case. The other one is more a ton-sur-ton creation in which the color of the meteorite dial matches that of the case. With both watches are the hands and hour markers in a contrasting color, making reading the time quite easy.

With a diameter of 40mm is the Piaget Altiplano a modern creation that has quite some wrist presence. It is of course very thin, thanks to caliber 1203P, which can be admired through the sapphire caseback. This automatic movement is fitted with a micro-rotor, as it is a direct descendant of the legendary caliber 12P, which was one of the first movements to utilize this setup. The finishing of the watch looks remarkable modern, despite that Piaget only uses traditional craftsmanship to decorate it. It features circular Côtes de Genève, bevelled bridges, blues screws and wheels brushed in a sunburst motif.

For these two watches, Piaget opted to fit them with a date function. Thanks to a white background this date is very easy to read, but it also offers quite a contrast with the rest of the watch. This might not be everybody’s taste, also because the large font makes it that the window looks a bit cramped. However, apart from this detail are these two new Altiplano’s stunning creations, and will proudly continue the lineage of one of the most celebrated ultra-slim watch in the watch world. 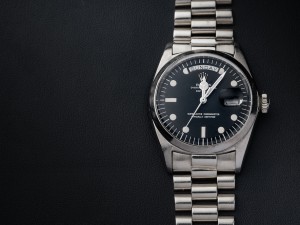 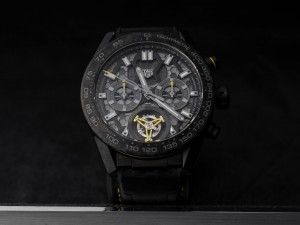