Swiss high-end horologer Ulysse Nardin brings some of its most coveted creations to an exclusive pop-up in Harrods’ Fine Watch Room.

Opening this month, the temporary collection brings some of the brand’s rarest timepieces to London’s top luxury address. The line is so high-profile that some watches will only be available in Harrods. Limited pieces that have debuted at the SIHH will also be on display.

A total of five watches are to be presented in strictly limited editions. The Classic Sonata, a mechanical watch that fuses a retro form and modern function, is to make an appearance. So is the North Sea Minute Repeater, which is the latest addition to Ulysse Nardin’s Classic Collection. Drawing inspiration from the booming oil industry, this gold and champlevé enamel watch features a detailed depiction of an off-shore drilling rig.

Another piece that is to tick down the time at the pop-up store is Ulysse Anchor Tourbillon, which dazzles with its carbon fiber dial. This piece is the latest in the brand’s award-winning Anchor Tourbillon line that is otherwise dominated by sapphire sparkle.

Yet another tourbillon representative is the Marine Grand Deck, whose unique dial has morphed into the boom of a ship. Upon its premiere in 2016, this piece riveted the attention of the watchmaking industry with its clever combination of top technology and fine craftsmanship.

Stranger Vivaldi completes the roster of exquisite watches. When it launched in 2013, the Stranger delighted with its capability to turn into a music box, playing Frank Sinatra’s Strangers in the Night – a first for the craft of horology. The latest Stranger chimes with the classic tunes of Vivaldi’s Violin Concerto No.1 in E from the Four Seasons.

This is not the first collaboration between Ulysse Nardin and the Knightsbridge department store. Back in 2014, the maison presented at Harrods six timepieces never before seen in the UK. 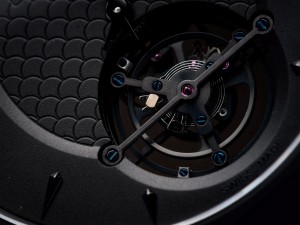 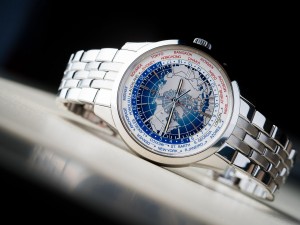