Drawing inspiration from its historical partnership with the U.S. Navy and supplying them with Marine Deck Chronometers in the early 1900s, luxury watch manufacturer Ulysses Nardin introduces the Marine Torpilleur Military Semper Fortis. Launched at the Congressional Medal of Honor Convention in Annapolis, the watch name includes the U.S. Navy motto “Semper fortis,” meaning “always strong,” describing the Ulysses Nardin philosophy and the philosophy of its engineering team.

Using design cues from the original chronometer, the watch includes many of the same features of its 1905 counterpart, including a polished shiny steel case, an oversized crown, roman numerals and a large second hand for readability. Production is limited to 173 pieces, which is an ode t the 173 years since Ulysses Nardin was founded.

The watch is also guaranteed water-resistant up to 50 meters, has a sapphire-protected dial,  blue hands—identical to the 1905 version—a 44mm wrist chronometer, a 60-hour power reserve and a certified UN-118 automatic-winding movement. Additionally, it has the number “24” written in red on the power reserve indicator, which acted as a warning system on the original marine chronometers to let sailors know that they needed to rewind the watch as there was only 24 hours of power reserve left.

For an additional heritage-inspired touch, the open case back reads “US Limited Edition” and the “Semper Fortis” motto, both laser engraved, while four oversized stitches on the blue sailcloth strap are a constant reminder to the wearer of the watch and brand’s history. 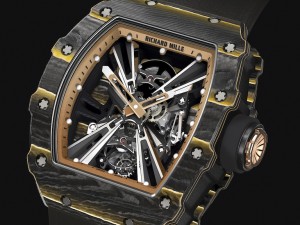 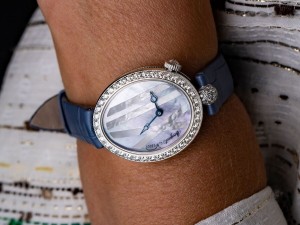 The Refined Elegance Of Breguet