Time, Inspired by the Automobile

We can all point to various watches which claim automobile or racing heritage. Most of the time, the result is practically indistinguishable from any other watch, employing only minor design cues such as an automaker’s logo on the dial or case. But what about those few manufacturers that have decided to go that extra mile too create a watch that has more than just minor inspiration from auto world, whose very shape or function is based on an automobile or its parts. Max Busser is really in a league of his own in the watch world. Formerly with Harry Winston where he conceived and was responsible for the Opus series, Max Busser decided to launch Max Busser & Friends in 2005. Seven years has been enough time to launch five of their critically acclaimed “Horological Machines”.  Their most recent, Horological Machine 5 (pictured above) takes its inspiration to a new level.

How MB&F came to its design is really unique in the watch world. You see, when MB&F set out to design Horological Machine 5, it did not start with the movement or create a watch and then decide how it could be customized to their concept. Instead they started with their inspiration, crated a case that fit that concept and then customized a movement to suit.

With the HM5, it all started with the 1970s supercars that they love; the Lamborghini Miura, the Lotus Esprit, and the Lancia Stratos. The watch case was created with that inspiration, which is evident when you see them side by side. My first impression of HM5 was a watch inspired by the 1970s underwater Lotus Espirt from the James Bond film “A Spy Who Loved Me” with the window slats resembling the louvers on the case. The case even has two exhuast ports on the backside where water can drain out, like the submarine Lotus.

The movement which powers the watch (the engine if you will) was designed to work with this unique case and the dial, also inspired by a 1970s automobile dash, completes the design. The dial displays the time in a viewing window mounted on the side of the case. A dial which, incidentally, is perfectly viewable when your hand is on the steering wheel of said fabulous, 1970s supercar. The 1970s have never looked so good.

The watch also has other design cues that were inspired by the automotive industry. There is an outer watch case that you see, separate from a second inner case, which houses the movement. The outer case is not watertight and can be removed if needed. Much like automobiles in the early 20th century had body designs which could be customized by a coachmaker; the HM5s has the ability to change the existing case design for another; and MB&F may offer other customized case options in the future.

Inside the second watertight case is the engine, which is revealed by turning HM5 over. MB&F’s signature 22k gold battle-axe winding rotor is a beauty to behold (pictured below) . This powers a movement with minute and bi-directional jumping hour functions, displayed by a unique reflective sapphire crystal prism with integrated magnifying lens.

The HM5 has an outer zirconium case with an internal steel water resistant case which houses the engine. Case dimensions are 51.5mm x 49mm and production is limited to 66 pieces.

The HM5 is not the only recent watch inspired by vintage cars. Urwerk’s UR-CC1 “King Cobra” was, in the words of Urwerk, inspired by “the dashboard and its linear speedometer dial…” of the 1960 Dodge Polara in which the heroine seeks refuge in Alfred Hitchcock’s film “The Birds” (pictured below, dash of a Dodge Polara).  This linear display of information, quite common in the 1950, 60s and 70s speedometers and radios (pictured below, radio of a Mercury Montclair), fascinated Felix Baumgartner and Martin Frei, co-founders of URWERK. After four years of design and testing, they released their design, the “King Cobra”, to critical acclaim (pictured above). Like the HM5, the King Cobra is unique in that the automobile which inspired the watch is what dictated its design.  This is no round case with an automaker’s logo on the dial, this is a purpose-built case with a movement to accommodate the linear display of time.  They accomplish this by having a movement with two cylinders: one for the linear display of hours the other for the linear display of minutes. The hours are jumping and the minutes are retrograde. The seconds are displayed by a rotating disk on the dial, both digitally and linearly (a first in the watch world) with a jumping second display and a linear second display which continuously scrolls from zero to 60 every minute. The effect is continues and quite simply, fascinating to watch.

Don’t be lulled by the apparent simplicity of the display; the UR-CC1 is the result of years of research and development to ensure that the rotation and instant fly-back of the large hour and minute cylinders was achieved without compromising accurate timekeeping.

Jérôme de Witt founded the watch brand DeWitt, dedicated to non-conventional design of watches. That he is also a collector of vintage automobiles and admires the mechanics of their engines should not come as a surprise to anyone witnessing his most audacious design, the DeWitt Academia Tourbillion Force Constate a Chaine.  The design used a more conventional round shaped case; however, what is unconventional is the chain mechanism in the movement. At Basel World last year, Mr. de Witt explained to me that the Force Constate a Chaine is a chain mechanism which was inspired by the chain mechanisms in vintage engines (engine timing chain pictured left, above).  The beauty of the Force Constate a Chaine mechanism is visible on the dial byway of an entirely hand-crafted and hand-assembled miniature chain of 192 pieces that takes two days to assemble (pictured right, above). However, this mechanism also serves an important horological purpose. Constant power is important in mechanical watches, because changes in torque from winding the watch’s mainspring affect the precision of the timekeeping. The watches flying tourbillion will not ameliorate this problem, since its function is to lessen the effects of gravity on the precision of the movement. DeWitt’s patented solution is to insert an additional mechanism that absorbs and redistributes power to the tourbillion by way of this “Force Constate a Chaine”.  The result is greater accuracy for the watch; and the ability to appreciate the beauty on the dial of not just a tourbillion, but the magnificent chain mechanism as well.

The DeWitt Academia Tourbillion Force Constate a Chain is limited to 99 pieces in rose gold and white gold and 50 pieces in Platinum (Platinum is sold out) and the case dimensions are 43mm.

Watch Instruments in the Auto World

With so many watches which claim to be inspired by the automotive industry you may wonder, to what extent the auto industry has been influenced by the watch industry. Well, watchmakers have a long history of making instruments for the automobiles. The Waltham Watch Company, a now defunct US watch manufacturer (which in the early 20th century was one of the largest watch manufacturers in the world) made speedometers for 1930’s Fords.  Jaeger-LeCoultre produced measuring instruments, such as speedometers and fuel meters under the Jaeger brand during much of the 20th century for many automakers including Ferrari and Aston Martin (pictured above). Heuer (now known as Tag Heuer) from 1933 to 1985 produced six models of dash-mounted Heuer timepieces for automobiles. Many were for racing and rally cars, but we know of at least one example that was factory installed in a 1974 Lamborghini Countach (LP400 ‘Periscopa Speciale’ chassis number 1120056 delivered to Albert Silvera, pictured below). The fact is, the mutual inspiration between the watch world and the auto world is as strong now as in the early 20th century when the first wrist watches and automobiles first stirred our hearts. But MB&F, Urwerk and Dewitt have been inspired by the automotive industry in a way that allows us to completely rethink how we display time; and that makes them truly unique in the watch world. 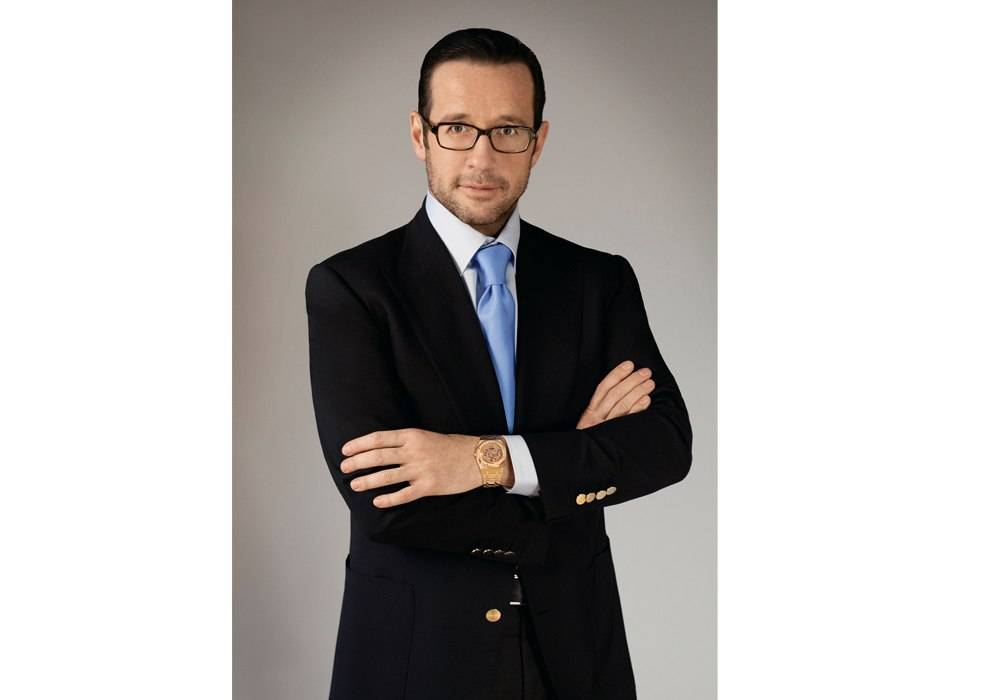 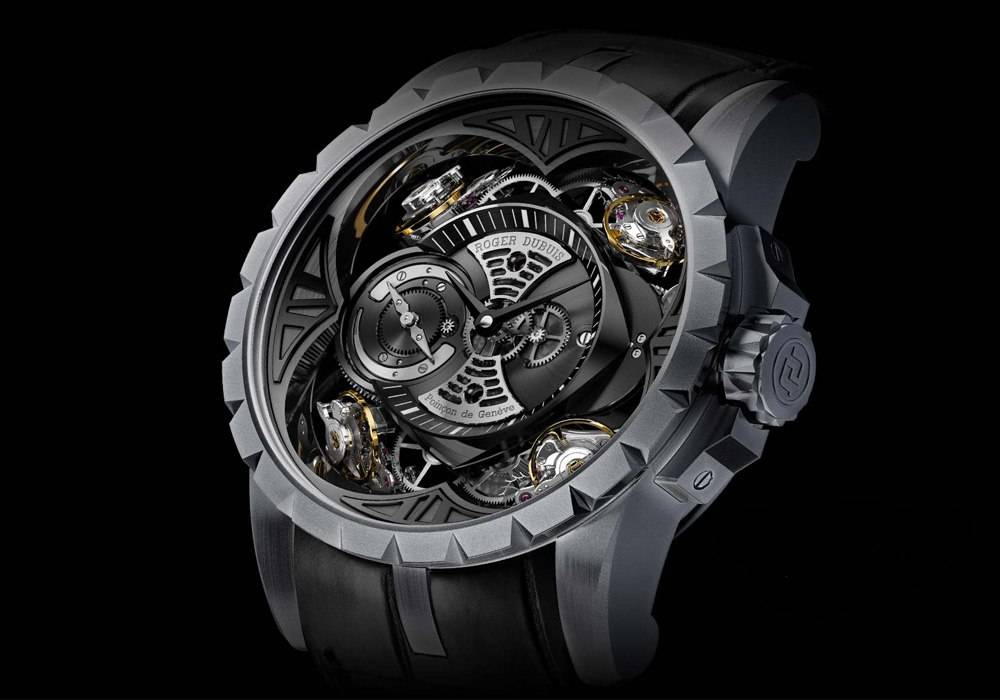