Part of the appeal of the earlier Rolex Submariners is that they transport you to a different time. A time in which these type of watches where worn by people who mainly bought them as a tool for their chosen profession. People that explored the world, that went to places, and in case of the Submariner, depths that no human being has gone before. That appeal can still be found in this Rolex, but especially in the first models.

This was also the case with the Submariner “Meters first” that Phillips recently auctioned in Geneva. This watch is a very early ref.5513 with as most notable feature its ‘explorer dial.’  Rolex only made very few Submariners fitted with this dial, in which the oversized hour indications where replaced by more slender bars and Arabic numerals at three, six and nine o’clock. It gives the watch a unique appeal while it remains instantly recognizable as one of the most iconic dive watches of all time.

This dial also has what is known as the ‘exclamation mark.’ This is a dot below the numeral six that indicated the luminous material that was used on the watch. The Swiss watch industry, and among them Rolex, was forced to do this as the regulations among the use of radium on watch dial was further tightened.

With a diameter of 39mm, this Rolex is even today very wearable, something that it is probably not destined to do given its rarity. Especially with the riveted Oyster-bracelet, it ranks among the most desirable Submariners, and given its excellent condition, this is a watch that doesn’t come too often up for sale. Phillips put the estimate of this watch between CHF 120.000 – 240.000,- and it was hammered off in the higher regions of this estimate at CHF  212.500,- 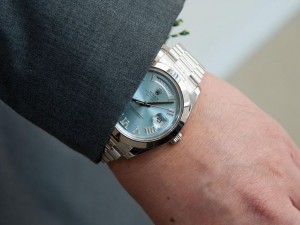 Pencil It In: Day-Date Watches Worth Your Time 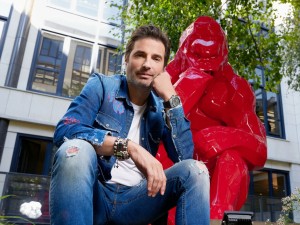