With vintage watches, the value is often a numbers game. It is an equation that combines desirability with rarity. When it comes to the first you can hardly do any better than Patek Philippe. For the latter, not even all rare watches are created equal. Some were just produced in small numbers, while others may have unique features that set them apart from the rest. In the case of this Reference 530, it is a combination of those two aspects combined that make it so very special.

The reference 530 is by itself already a remarkable watch. Patek Philippe produced this model between 1937 and 1944, in the middle of WWII. Most confuse it with that other Reference 530, a chronograph which was introduced at a later date. In fact, for quite some time the reference 530 was to be thought the reference 570. There is however a noticeable difference, and that is that the reference 530 has an oversized case measuring 36.5 mm in diameter. This is 1.5mm larger than the 35mm case of reference 570.The shape of the bezel is also slightly different, making the reference 530 appear even larger.

While this reference hasn’t been made in very large quantities to begin with, the fact that this particular watch is fitted with a “Staybrite” stainless steel case makes it even more desirable. That is not all because it also features a stunning black dial. Especially in those days black dials on Patek Philippe’s where a rarity. Silver was a common choice, and black was mostly reserved for special order pieces. Currently, only three steel reference 530 with black dials are known to exist.

Apart from being rare, the dial also has a beautiful design, with Arabic numerals on the even numbers, with the six being replaced by a subdial for the seconds. Given its beauty, rarity and undeniable pedigree it is no wonder that this reference 530 fetched CHF 415.000,- when it was auctioned in 2017 by Christie’s. 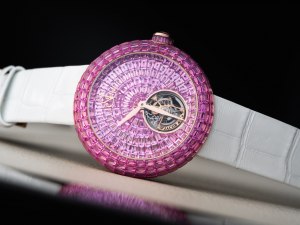 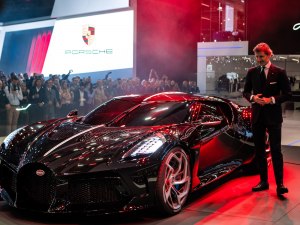 At $19 Million, Bugatti’s La Voiture Noire Becomes the Most Expensive New Car Ever