The New Santos de Cartier Is Not Your Average Chronograph

With the introduction of the new Santos de Cartier, in 2018, it was to be expected that the collection would soon be expanded beyond the time-only and skeleton versions it was launched in. It is not surprising that Cartier picked for this a chronograph first, as this is still one of the most popular complications. However, the way that they went about to integrate this in Santos is surprising! 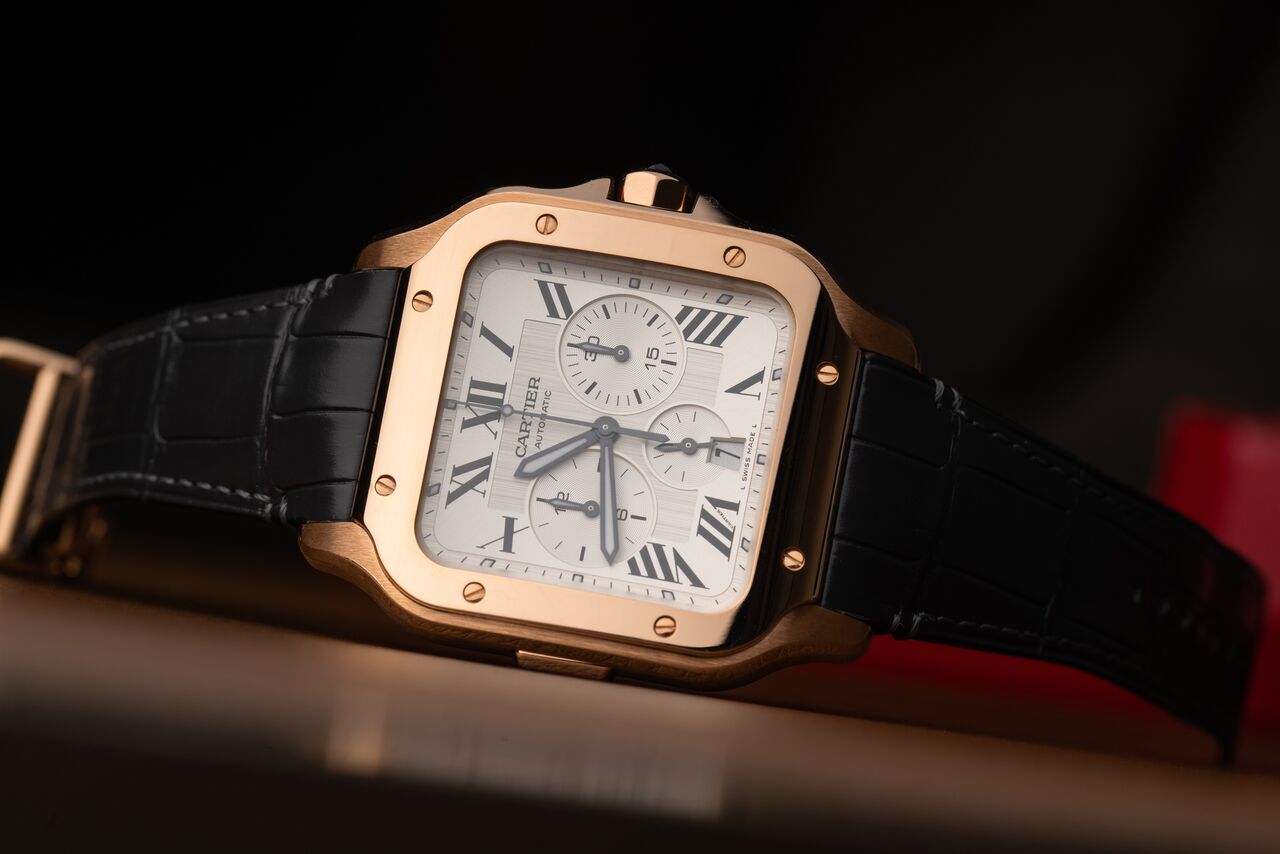 One of the first things you notice about the Santos de Cartier Chronograph is its perfect symmetry. It has a tri-compax dial, with the date window at the base of the running seconds subdial at six o’clock. As a result, there is also symmetry in function, as the right subdial at three o’clock indicates the minutes, while the one at nine o’clock tells the hours that the chronograph has been running. 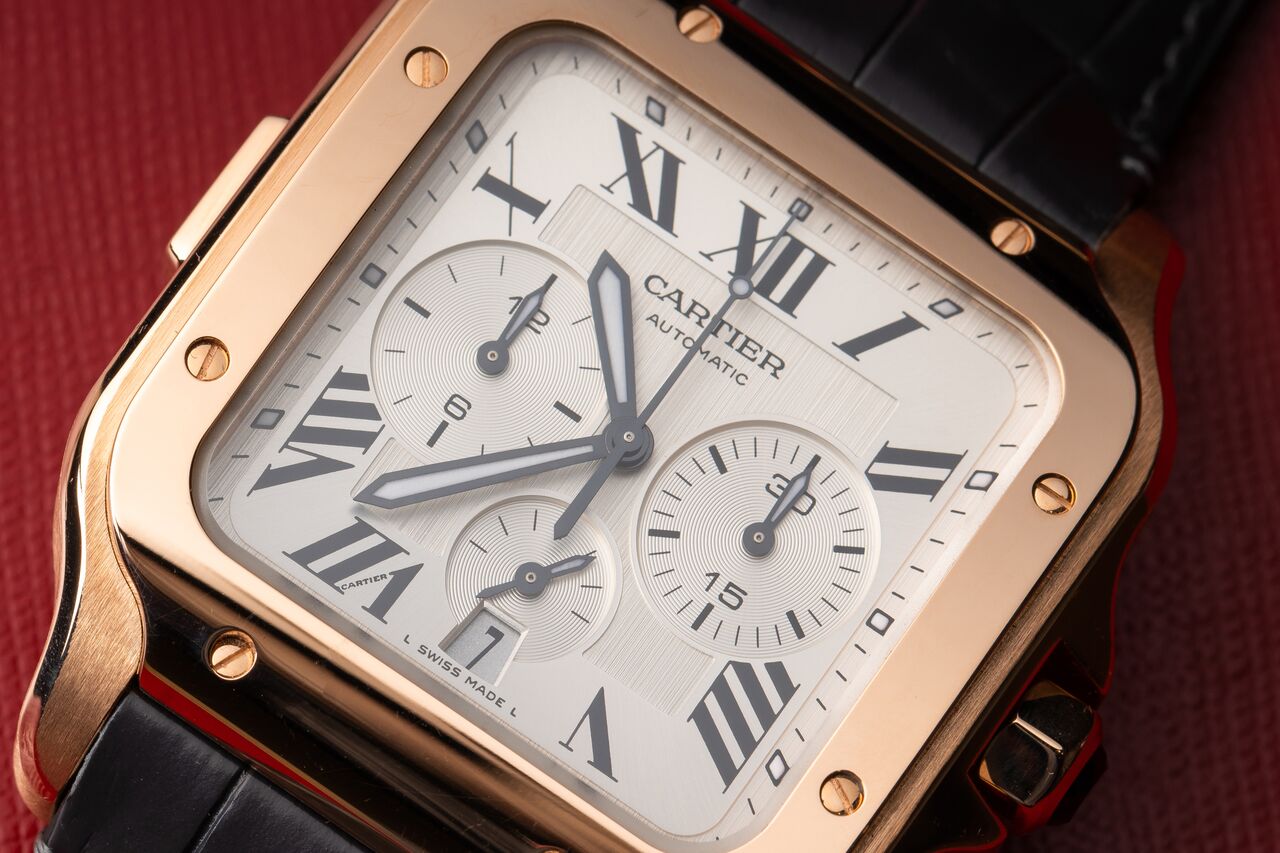 What sets the Santos de Cartier Chronograph apart from the rest is the way that you operate its complication. Normally you would find two pushers flanking the crown to do this, but the Santos only has one at nine o’clock, or so it seems. There is a second one, integrated into the crown. This has a great advantage as this accommodates the position of where most people already naturally place their fingers when operating the chronograph on their wristwatch. Another advantage is that it means that there are no (additional) pushers needed on the right side of the watch, which increases the wearing comfort. 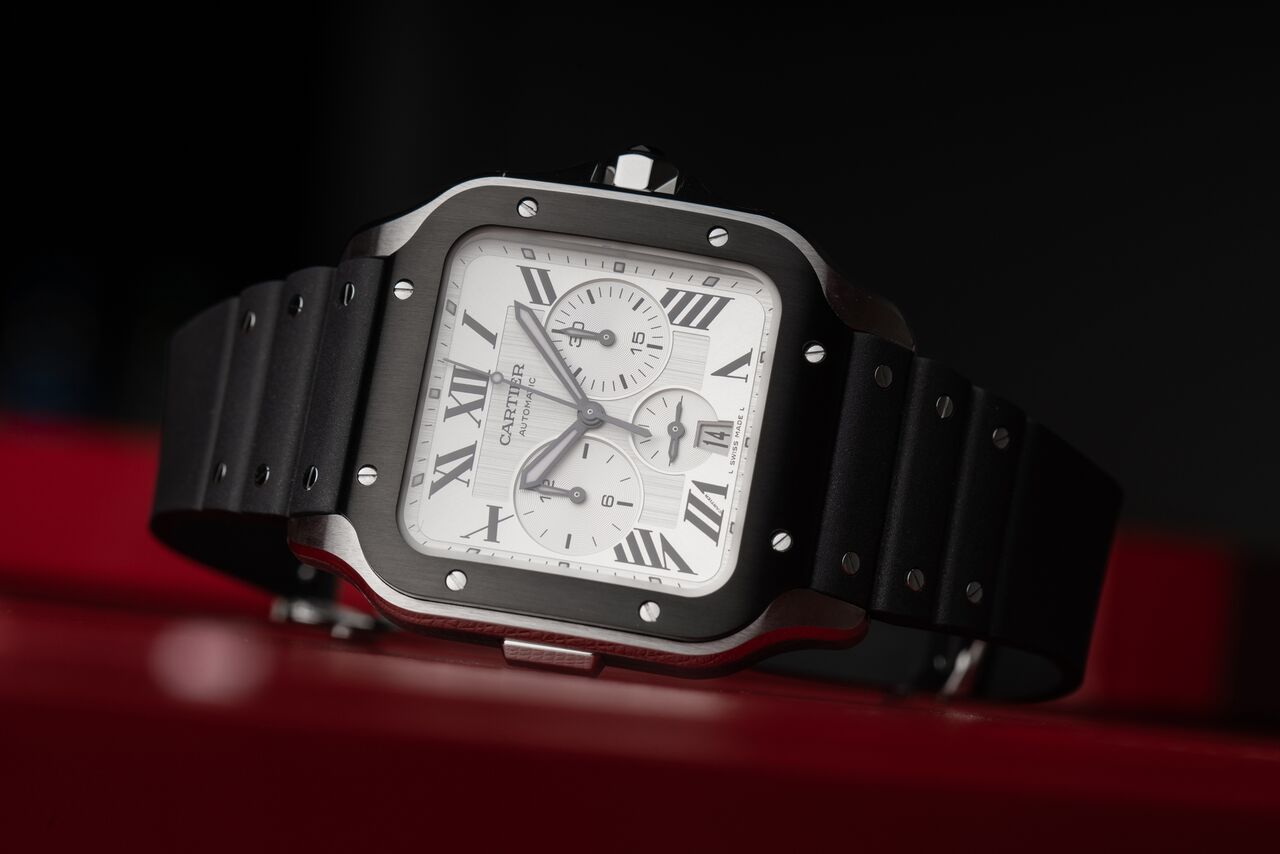 The Santos de Cartier Chronograph is powered by manufacture caliber 1904-CH MC. This automatic movement has everything that you come to expect from a mechanical chronograph, as it features a vertical clutch, linear reset hammer and a column wheel. This watch is also the first to benefit from the fourth generation of Cartier’s folding clasp, of which they launched the very first one in 1909. It now has an updated design with pushes on the side of the buckle to release it. 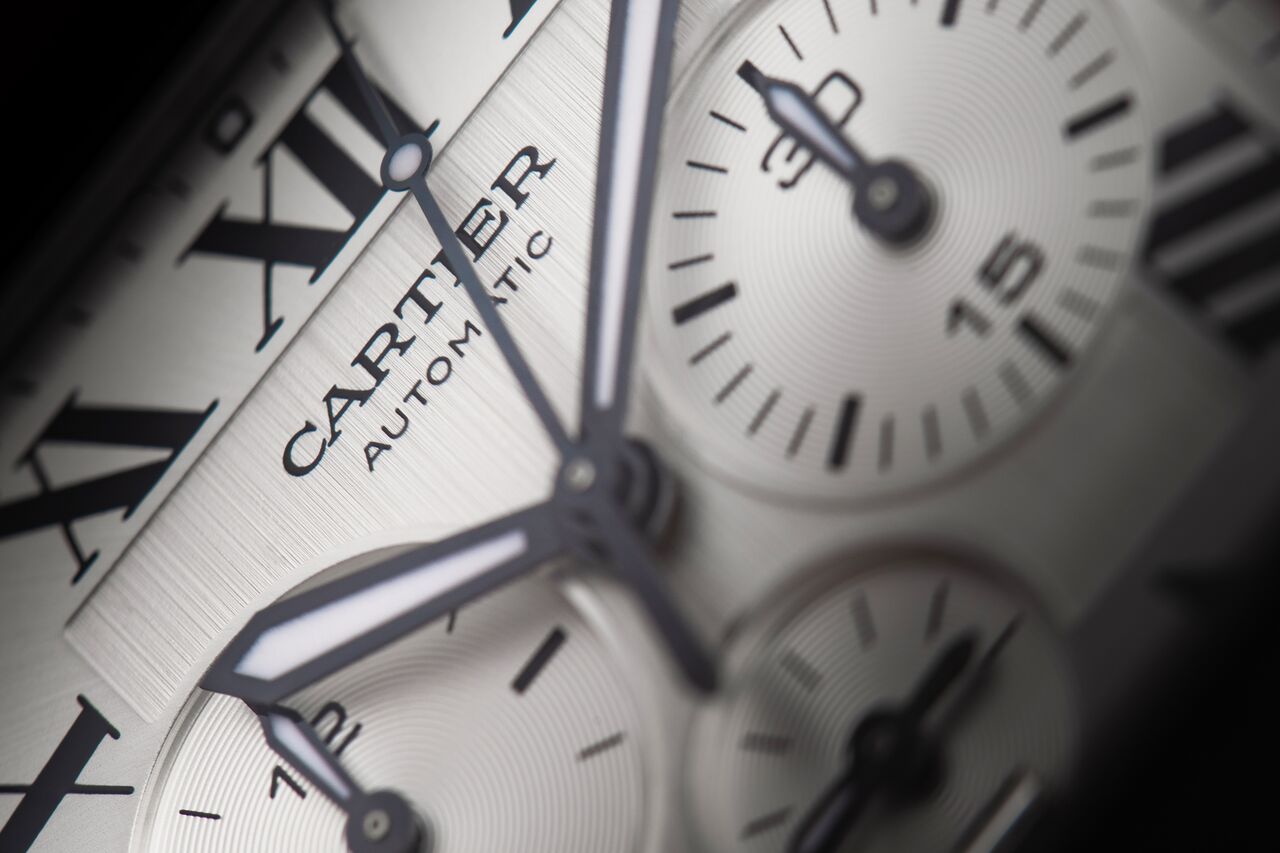 Cartier will launch three different versions of the Santos de Cartier Chronograph. The most sportive one combines a stainless steel case with a black ADLC bezel and is fitted with either a rubber strap or one made of alligator leather. Switching between them is easy, as they both feature Cartier’s QuickSwitch system. The next version is crafted from stainless steel with gold, a classic combination as the Santos was one of the pioneers of this two-tone look. Here a metal bracelet is an option as well, which can easily be adjusted at home thanks to the Smartlink size adjustment system. The final version is also the most precious one, as it is made from 18K pink gold. All the varieties of the Santos de Cartier Chronograph will be available in the boutiques this April. 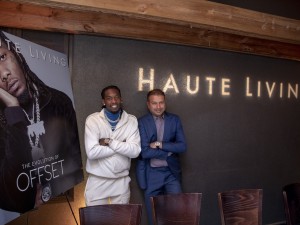 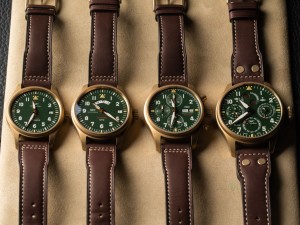 Is Bronze The New Steel?