The historic Statue of liberty is a symbol of the friendship between the people of France and the United States. On Oct. 28th, 1886, President Grover Cleveland dedicated the statute in front of thousand of onlookers. On May 28th, nearly 129 years after the dedication, French-based Breitling Jet Team took to the skies for an impressive flight around Lady Liberty.

The Jet Team, which is supported by the Swiss watch company Breitling, has embarked on its first-ever American tour. The excursion consist of 20 airshows across the US and Canada. There are seven L-39 C Albatros jets that can reach speeds of up to 565 mph flying in just feet of each other. Lady Liberty was not the only historic location the team dazzled around. The Breitling Jet Team also took in other attractions such as the new Freedom Tower at the World Trade Center, Central Park and the George Washington Bridge.

During the Memorial Day weekend, the team performed at the Bethpage Airshow at Jones Beach. The team will continue on to the Rhode Island National Guard Open House and Airshow and the Ocean City Airshow in Maryland.

In hopes to ignite excitement and inspire a future generation of pilots, the Jet Team, known for its precision and seamless coordination, is showcasing their skill set across North America. Additionally, the precision and talent of the Breitling Jet Team exemplifies the Swiss watchmaker ties to the field of aviation. Breitling has developed onboard chronographs for airplane cockpits, including World War II propeller-driven fighter planes. In 1955, it launched its legendary Navitimer wrist chronograph, which featured a circular slide rule that could perform all navigation-related calculations. Over the years, the watchmaker has created a number of noteworthy pieces for pilots in the aviation industry.

In honor of the Jet Team’s American Tour, Breitling has designed Chronomat 44 in a limited run of 500 pieces. The dial mirrors the team’s colors, with the American Tour logo engraved on the case back. The case houses Breitling’s in-house caliber 01 movement, officially chronometer-certified by the COSC.

For the full schedule, visit here. 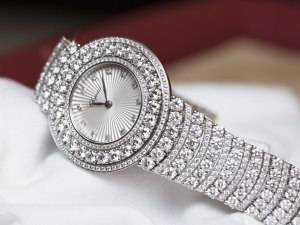 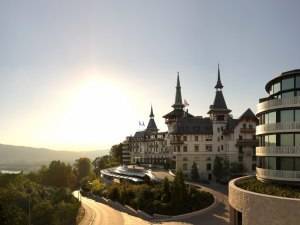