Johann Rupert, the Chairman of Richemont, said that despite a strong Swiss franc and high costs for precious metals and stones driving up operating costs, the watchmaking division has remained strong. And just as Swatch has been expanding its production facilities, so too has Richemont; the conglomerate acquired a number of business last year, including Varin-Etampage & Varinor (‘VV SA’), a Swiss manufacturer of precious metal products for the watch industry.

According to Rupert, despite the slowdown in the Asia-Pacific region and continuing uncertainty in the world economy, the group’s sales in the month of April are up 12%. “However, one month of sales should not necessarily be taken as an indication of the year as a whole,” Rupert cautioned. “The enduring appeal of our Maisons and their growth potential lead usto look forward to the future with a degree of optimism. Therefore our investments will continue to focus on the differentiation of our Maisons, the expansion and integration of their respective manufacturing facilities, and the adaption of their distribution strategies to the constantly changing customer environment in growth markets and tourist destinations.”

Here are some highlights from the Annual Report and Accounts 2013:

A. Lange & Söhne
-The present generation of A. Lange & Söhne elegant timepieces includes 46 in-house calibres, each revealing its unmistakable originsin high-precision Lange pocket watches.
-The Maison opened new boutiques in Abu Dhabi, Dubai, Singapore, Palm Beach, Paris and Lisbon during the year,reaching a total of eleven.
– A. Lange & Söhne received 14 international awards for its products and for the Maison itself.

Baume & Mercier
– New collections were all warmly received reflecting an enthusiasm for contemporary timepieces inspired by the past.
– The year also saw the preview launch in Hong Kong, China and Macao of the Clifton collection: a collection of automatic,round men’s watches inspired by a museum piece from the ‘Golden Fifties’.
– The Maison is reinforcing visibility at points of sale, particularly by putting in place a more carefully targeted commercial strategy in Greater China.

Cartier
– The Biennale 2012 collection was once again a resounding demonstration of Cartier’s ability to celebrate its creative flair while mastering the highest and finest craftsmanship.
– The Juste un Clou jewellery collection was unveiled at Cartier’s New York Mansion on Fifth Avenue.
– The Maison re-asserted itsstatus of king of jewellery and shaped watches, successfully adding the new Tank Anglaise to the iconic Tank watch collection.

Jaeger-LeCoultre
– To mark its 180th anniversary, Jaeger-LeCoultre dedicated the Jubilee collection to its founder Antoine LeCoultre.
– For ladies, Jaeger-LeCoultre unveiled a new sophisticated and refined collection: the Rendez-Vous.
– The Maison amplified its international presence, enabling itto share its horological passion on a globalscale. As a symbol of its global expansion, Jaeger-LeCoultre enhanced and enlarged its Place Vendôme flagship store.

Montblanc
– With the launch of Nicolas Rieussec Rising Hours, Montblanc presented a new movement innovation, demonstrating its fine watchmaking competence and creativity.
– Drawing on itsrootsin writing instruments, the Montblanc Heritage Collection 1912 Limited Edition brings to life a visionary approach to writing culture.
– Highlight of the year was the launch of a new Signature for Good collection, reinforcing Montblanc’s long-term commitment to children’s education and UNICEF.

Officine Panerai
– The Historic Collection has been enriched by the new Radiomir California and the Radiomir S.L.C. models. Those watches represented a milestone in the history of watchmaking for professional divers.
– Panerai continued to upgrade its distribution through its own retail network and opened a further 16 boutiques.
– A new website was launched, communicating the Maison’s history, design, innovation and passion.

Piaget
– A new Piaget icon was born with Limelight Gala, a dazzling jewellery watch inspired by a 1973 model.
– Piaget presented its latest thematic collection, Couture Précieuse at the Biennale des Antiquaires in Paris.
– Piaget continuesto strengthen its network of dedicated boutiques with twelve openings, including six in China,two in Vietnam, and a new flagship in Hong Kong.

Roger Dubuis
– The launch of two collections – Pulsion, an outdoorline, and Velvet, a ladies jewellery range – complete the Maison’s assortment.
– At the Salon International de la Haute Horlogerie 2013, Roger Dubuis highlighted Excalibur, its iconic collection.
– The Maison’s distribution network was substantially developed during the year, with five boutique openings in China and the Middle East.

Vacheron Constantin
– The year was dedicated to the celebration of the 100th anniversary of its Malte tonneau-shaped watches with an exhibition that
toured the world.
– The Maison’s 38 dedicated boutiques, including openings in Paris, Beverly Hills and Taiwan, are complemented by a network of smaller distribution partnerships.
– Two substantial manufacturing projects are underway in Switzerland: a new building for the production of components in the Vallée
de Joux; and the extension of the Geneva Manufacture.

Van Cleef & Arpels
– The Maison continues to enrich its great signatures through new one-of-a-kind creations: Zip, Butterfly, Mystery Set and Pierres de Caractère.
– The Maison now operates almost 100 boutiques, including openings in Paris, Brazil, the Middle East and China.
– In June, the new Van Cleef & Arpels website was launched, with an e-commerce section for the Japanese and US markets. 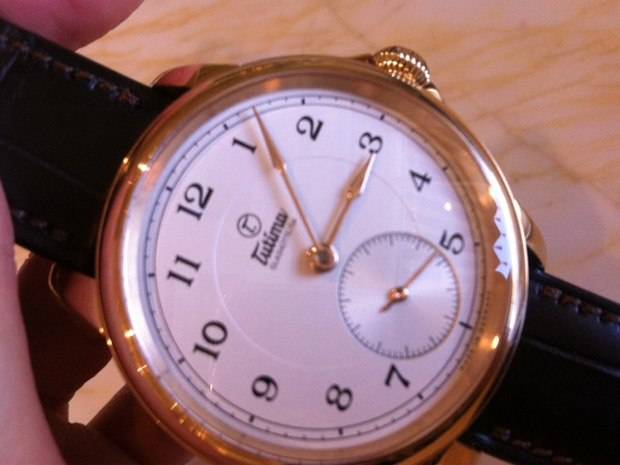 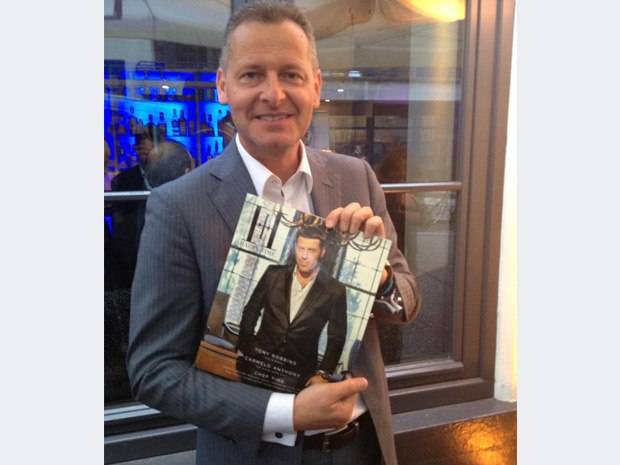