Richard Mille at the SIHH 2014

Among the new models introduced by Richard Mille at the SIHH in Geneva were three athlete-focused sports watches, two of which showcase the brand’s proprietary NTPT carbon case material. NTPT, or North Thin Ply Technology, is a type of carbon used for making racing sails, Formula 1 race cars and aeronautical components. The case is constructed by layering carbon fibers – over 600 layers – which produces a wood-grain look that is unique to each watch. NTPT is extremely lightweight, corrosion-proof and exceptionally rigid and impact-resistant. Thus, it is being used on the brand’s sports watches, including the latest version of the Rafa Nadal watch, the 35-01, with an openworked, manual wound tourbillon movement. The base plate, bridges and balance cock are  grade 5 titanium.

The new RM 50-01, dedicated to Lotus F1 Team Romain Grosjean, also features an NTPT case, and is fitted with a G-Sensor, a built-in G-force meter, which measures the force of velocity in different directions.

In the super sports category is the RM036-01 G-Sensor Tourbillon, equipped with not only a shock protection system, but a special early warning system to guard against impact. It has a built-in G-force meter, which measures the force of velocity in different directions. It was made with race car driver Sebastien Loeb in mind. The case is carbon nanotube with a titanium bezel and back.

Also introduced was the brand’s first regatta watch, the RM 60-01 Flyback Chronograph Regatta. The watch goes beyond the traditional regatta countdown function to include navigational capabilities. A special rotating bezel is marked with indications of the four cardinal points, combined with a graduated 360° and 24-hour scale disk. A UTC hand can be used either as a second time zone indicator or in combination with the location of the sun and the rotating bezel to orientate the points of the compass. The Caliber RMAC2 is an automatic movement.

Richard Mille also entered the category of poetic movements this year with the Dizzy Hands, the company’s take on the suspension of time. When the pusher in the center of the crown is pressed once, the sapphire glass dial on which the numerals are printed begins to rotate counterclockwise, as the hour hand moves clockwise, both at different speeds. This suspends the time until the button is pushed again, restoring the watch to the current time. The automatic Caliber CRMA3 is a new movement for Richard Mille, that works like a chronograph, with a column wheel activating the rotation that suspends time. The concept for the watch was inspired by a line from a poem by Gérard de Nerval: “Time does not surprise the wise, but of Time the wise laughs, as only he knows how to use it.” The case, base plate and bridges are grade 5 titanium with PVD treatment. Front and back bezels are 18K gold and are the first in the collection to be curved.

Also new for ladies is the RM 07-01, with a skeletonized automatic movement with base plate and bridges made of grade 5 titanium. It has been fitted with Richard Mille’s special rotor with variable geometry, which allows it to be set according to the owner’s activity level. The RM 037, also new for ladies, is another skeletonized automatic with the same features, plus an oversize date and function selector, in black ceramic. 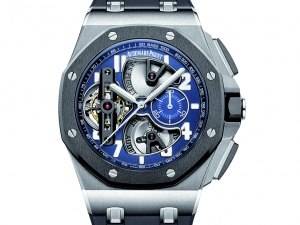 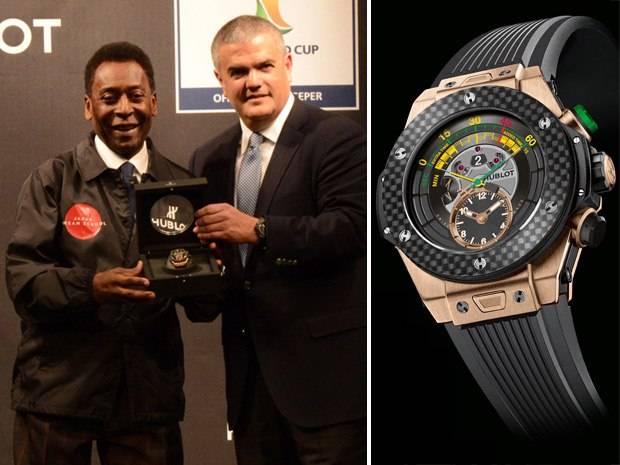