Power, And the Watch

What does a wrist watch say about its owner? As a man, I know that to some extent, we measure each other up based on our watches. I remember talking to a boutique manager at one of Bal Harbour‘s finest shops about how she gauges the psychology of a customer to determine who is there to look and who is there to spend. She said that clothes were no longer a determining factor, since you have billionaires who dress very casually. So what then?  For men, she said, look at his watch and for women look at the handbag.  It’s a dead giveaway of their spending power.

Not exactly a scientific study, but it makes logical sense. If we believe that a watch says something about the person who owns it, what does it say about some of the most powerful people in the world? Is a wristwatch a gauge of wealth and power, or just wealth? To find out, are going to look at several United States Presidents and recent democratically elected leaders of several foreign countries.

Let’s start with an easy one, current US President Barack Obama. Much has already been written about the President’s relatively cheap, Stainless Steel 41mm Jorg Gray 6500 Chronograph.

This watch was presented to President Obama by his Secret Service detail on August 2007, and the president has worn it almost exclusively ever since. It retailed for $210 at the Secret Service employee store, has a Japanese Miyota movement and is made in China. Not exactly the power watch we were expecting.

However, there may be another explanation. You see, US Presidents used to wear nice Swiss watches. Rolex watches in particular were favored by many US Presidents, beginning with President Dwight D. Eisenhower’s Yellow Gold Rolex Datejust.

President John F. Kennedy wore many fine Swiss watches. A Yellow Gold Omega Ultra Thin, which he wore when he took the oath of office, was included in his collection, as well as this Yellow Gold Cartier Tank, which he was wearing in his family portrait and on the day he was assassinated.

President Lyndon B. Johnson favored the Yellow Gold Rolex Day-Date. This watch later became known as the “Presidents’ watch” due to Johnson’s (and some say Eisenhower’s) fondness for it.

President Ronald Reagan wore a Stainless Steel Rolex Datejust. Although the dial is not visible, the bracelet is clearly a Rolex.

Up through the time of Reagan, you could say the Rolex was “The Power Watch” in America.

It was President Bill Clinton who started the unfortunate trend (followed by President George W. Bush and President Barack Obama) of wearing a cheap watch while campaigning and as President, ostensibly to connect more with the common man.  President Clinton wore a $50 Timex Ironman-Triathlon digital quartz watch.

Clinton, however, has become much more comfortable wearing expensive watches in public since his  term in office.  His collection includes at least four Kobolds (Kobolds are priced between $3,000 and $42,000 and unlike the other expensive watches featured in this article, are largely made in the USA), a $12,600 White Gold 29mmx35mm Cartier Santos-Dumont, a $13,500 Stainless Steel 44mm Jaeger-LeCoultre Master Compressor Diving Alarm Navy SEALs, a $5,350 Titanium 44mm Panerai PAM089 GMT, and a White Gold 34x47mm Roger Dubuis Much More among others. I’ll leave the analysis of Panerai to another article, but I do believe that Panerai is the one modern power watch with the presence and ruggedness of a Rolex.

President George W. Bush continued the trend started by Clinton, and wore a $50 Timex Indiglo quartz watch during his Presidency (see image below).

As a watch collector, the current reality of American politics when it comes to watches is pretty grim. Fear not as, the rest of the democratic world has no such puritanical political hang-ups. Many leaders enjoy the very best.

Benjamin Netanyahu is Israel’s Prime Minister. As a leader of a country that is continuously under the threat of war, he is undoubtedly a power person; here he is wearing a Stainless Steel 40mm Panerai, PAM048. I love this watch, its design is simple yet beautiful and it’s understated in stainless steel. I think it suites him and his power position very well.

Nicolas Sarkozy was France’s President until May of 2012.  Famous for divorcing his wife and then marrying supermodel Carla Bruni while in office, (you have to love France, this actually improved his stature with the voters, whereas in the US it would be a career death-blow) he also is famous for his impressive watch collection. Shown here in a $12,000 Stainless Steel 40mm Rolex Daytona, he also owns one with a black dial, a $66,000 White Gold 37mm Patek Philippe Perpetual Calendar 3940G allegedly given to him by his supermodel wife, a $40,000 White Gold 39mm Breguet Reveil du Tsar, and a $32,000 White Gold 40mm Girard-Perregaux 1966 Annual Calendar and Equation of Time.

Sarkozy’ Girard-Perregaux is a recent release and one of my favorites.

The annual calendar is a useful complication, and the equation of time is a relatively rare complication at this price point.  It straddles the fine line of power and pretentiousness very well.  President Sarkozy’s Rolex Daytona is also a traditional power watch, understated in stainless steel. Simplicity, ruggedness and yet conveying sophistication and success is a reason the brand has been traditionally favored by so many world leaders.

Tony Blair was the Prime Minister of the United Kingdom from 1997 to 2007. He was known as a relatively modest man. However, we know that he wore a Stainless Steel Rolex, either a GMT or a  Submariner. The Rolex is very understated in stainless steel, but still meets the requirements of a traditional power watch.

Russian President and ex KGB officer Vladimir Putin is particularly fond of Swiss watches. No, the Russian made Poljot Presidential watch specially made for each Russian President is not good enough for him. His collection includes a $500,000 Platinum 41.2mm A. Lange & Sohne Tourbograph Pour le Merite; a $60,000 Yellow Gold Patek Philippe Perpetual Calendar 5039; a $11,000 Stainless Steel 40mm Blancpain Leman Aqua Lung Grande Date, and other assorted Blancpains, a $46,000 White Gold 39.5mm A. Lange & Sohne 1815, and a $15,500 Stainless Steel 39mm Breguet Marine 5817ST among others. It’s a great watch collection, but perhaps a bit over the top for a servant of the people. How he manages such a collection on an annual salary of approximately $112,000 is a burning question.

Italy’s Prime Minister until November 2011 was Silvio Berlusconi. He is famous for scandal and for having the most expensive watch in the group, a $540,000 Platinum 37mm Vacheron Constantin Patrimony Minute Repeater Perpetual Calendar (see image below.) There is little about Berlusconi that is not over the top, and that includes his watches. The watch is beautiful, but given Italy’s current economic situation it’s perhaps not the most tasteful to be flashing around.

So what can we conclude for our short analysis?  I did this exercise to allow readers to make their own conclusions. It’s all a matter of individual taste and perception, but of course I do have an opinion. We notice that historically, politics aside, many leaders appear to like expressing their power with an expensive and rugged Swiss watch. How successfully this is accomplished will continue to be a matter of debate. My personal view is that the Rolex was the traditional power watch and in many respects continues to be the power watch of choice. In this group, stainless steel and white gold appear to be replacing yellow gold as the most popular case material, which I attribute to leaders now wanting understated luxury. Although from our analysis the Patek was quite popular, the Panerai appears to me to be the closest modern equivalent to the Rolex. I believe you will continue to see them on more world leaders because both Rolex and Panerai meet that mantra of simplicity and ruggedness while conveying sophistication and success. How will future leaders convey their power and success?…Only time will tell. 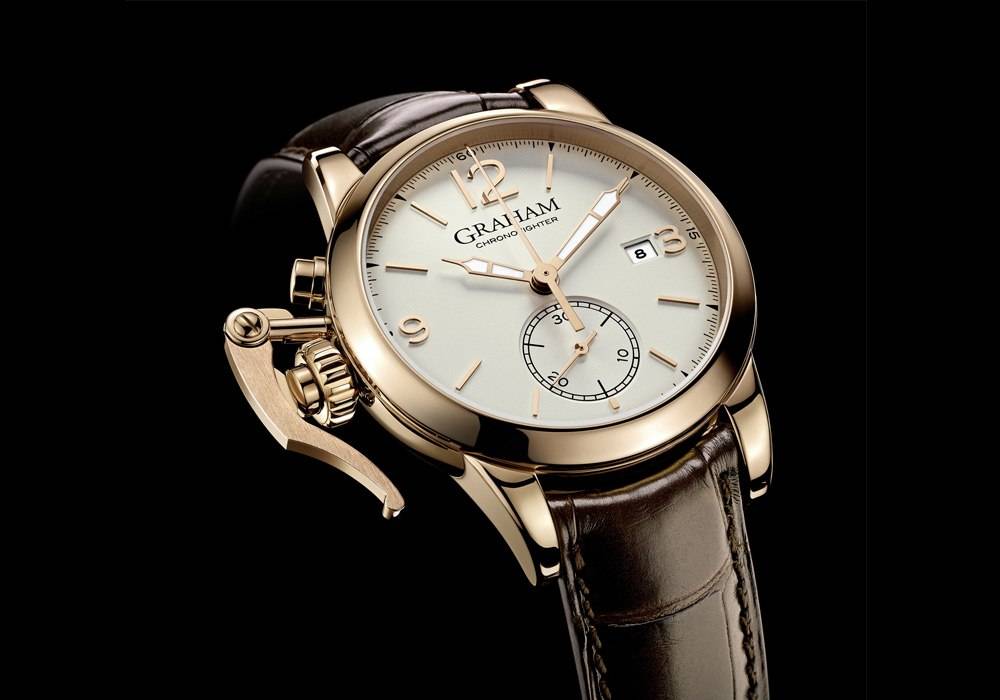 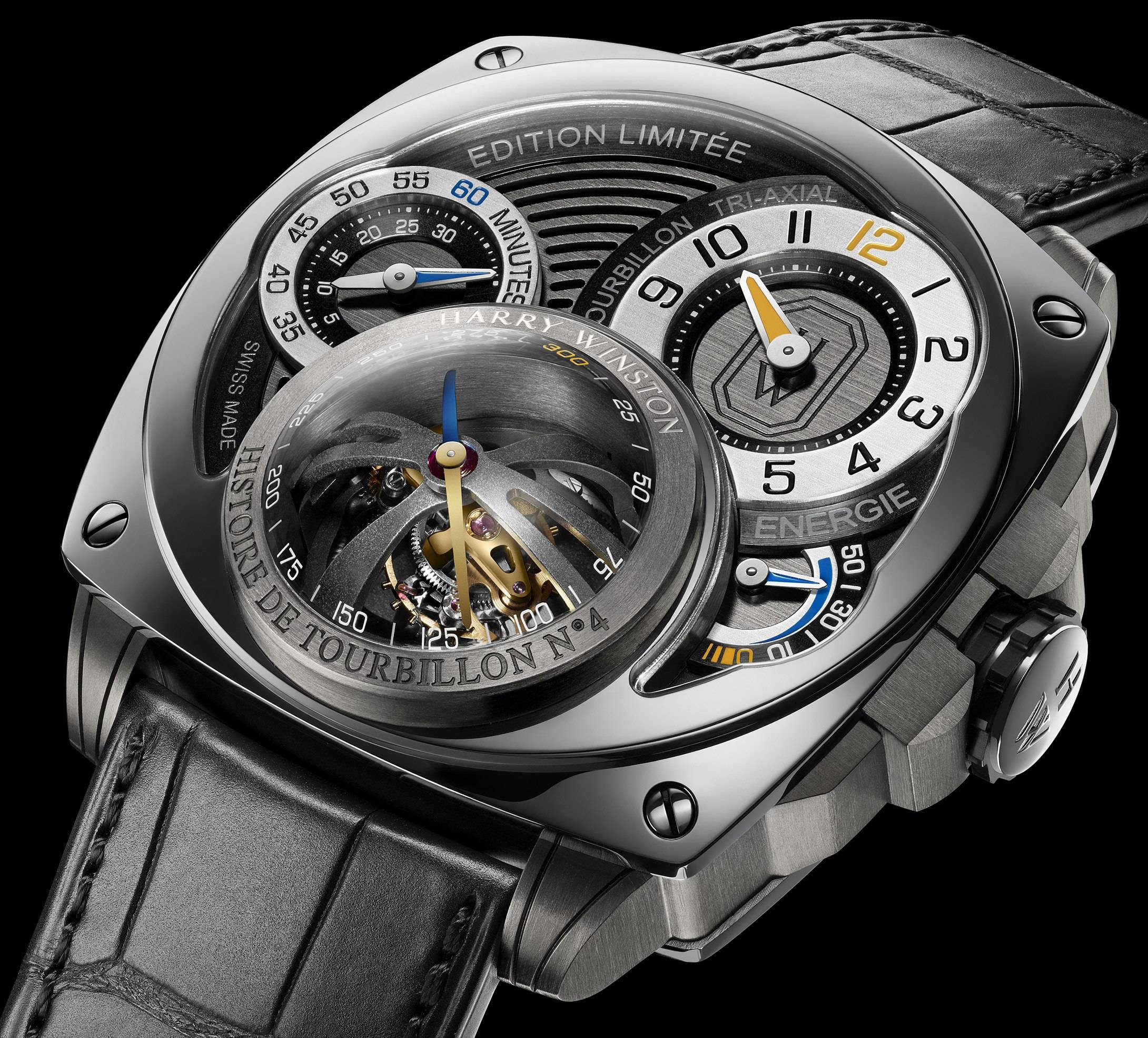