Hublot facilitated what may be one of the most influential and impactful meetings in the world of soccer and sport as a whole, when it brought together two of its brand ambassadors—a football legend and football legend in the making: Pelé and Kylian Mbappé. Though one finished his career and the other’s is just starting, both have made a huge mark in their respective fields; but most importantly, what brings them together is their love and respect for football. The meeting represents what the brand calls a “passing of the baton,” as well as an acknowledgment between the greatest player of all time and a promising hope of the next greatest of all time.

“The generosity of Pelé and Kylian can be seen in their eyes, as can their love of football,” began Ricardo Guadalupe, CEO of Hublot. “This flame, this inextinguishable strength, is what drives these two great champions. They are inspiring new generations of footballers and writing the history of football, so it was perfectly natural to bring them together. Having them in our family is a great source of pride and pleasure, because before being football stars, they are above all great men who command respect.”

“I am honored to have the opportunity to personally meet Kylian,” said Pelé, Hublot ambassador since 2013; the youngest player to ever win a FIFA World Cup; the only triple world champion with the Brazilian team in the history of football; UN and UNESCO ambassador. “He embodies the new generation of footballers and espouses the values of a sport that inspires and unites the world. I am happy that he symbolises hope; the hope that anything is possible, for the
dreams we must believe in and fight for, regardless of our origins or our social status. For me, the key to success can be captured in two words: humility and perseverance. That is the message that the new generation must convey, and Kylian has perfectly understood this.”

“I have learned that the biggest stars and the best players are the most humble and
respectful, those who are able to keep their feet on the ground,” continued Mbappé, Hublot’s newest ambassador; greatest hope in the world of football; the youngest ever player to score a double in the knockout stage; the youngest player to score in a World Cup final match since Pelé in 1958. “Respect, humility and lucidity are values that my parents passed down to me and they are values that I am proud to now share with my adopted family, Hublot, and King Pelé, who perfectly embodies what my parents have always taught me —to be a great footballer, you must first and foremost be a great man.”

All images courtesy of Hublot. 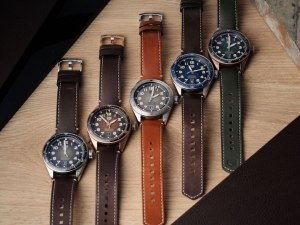 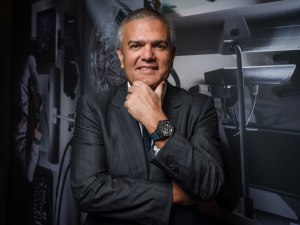