The Parmigiani Bugatti partnership is one that makes sense. Since 2004, the two luxury brands have worked together to combine the worlds of high-end watches and high-end automobiles. The Parmigiani Bugatti Type 390 is nothing short of incredibly impressive, for both seasoned watch enthusiasts and for novice watch collectors, alike. 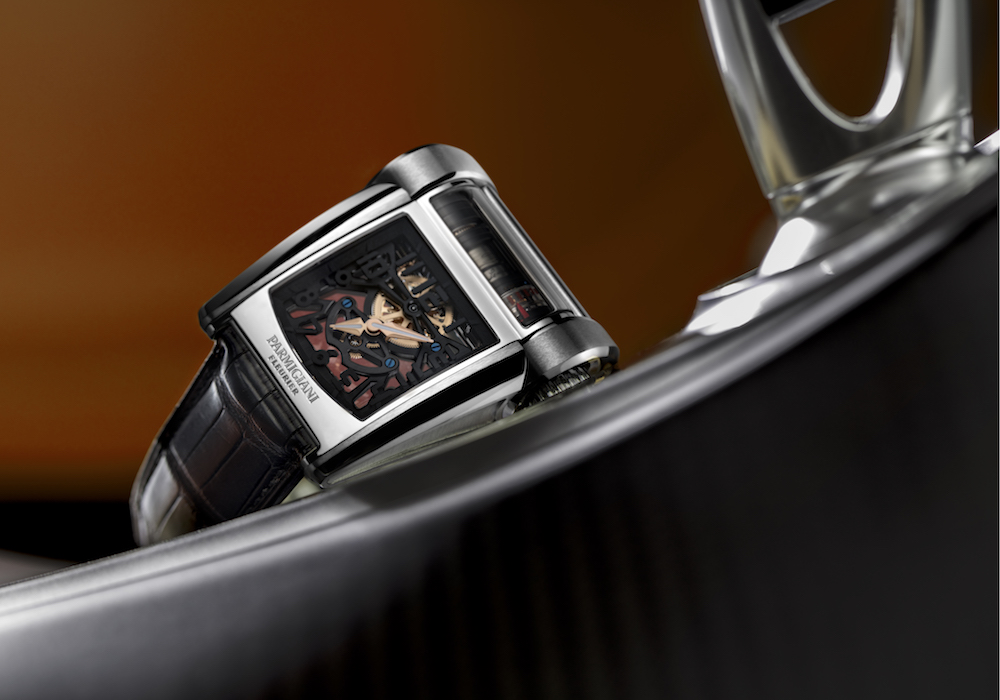 Parmigiani Fleurier has masterfully taken facets from the “world’s most powerful and fastest car” and fused them into the Type 390; though beautiful to admire, there are actually no elements on the watch that are included purely for decoration. Everything is practical and performance-driven (no pun intended), just like the supercar. 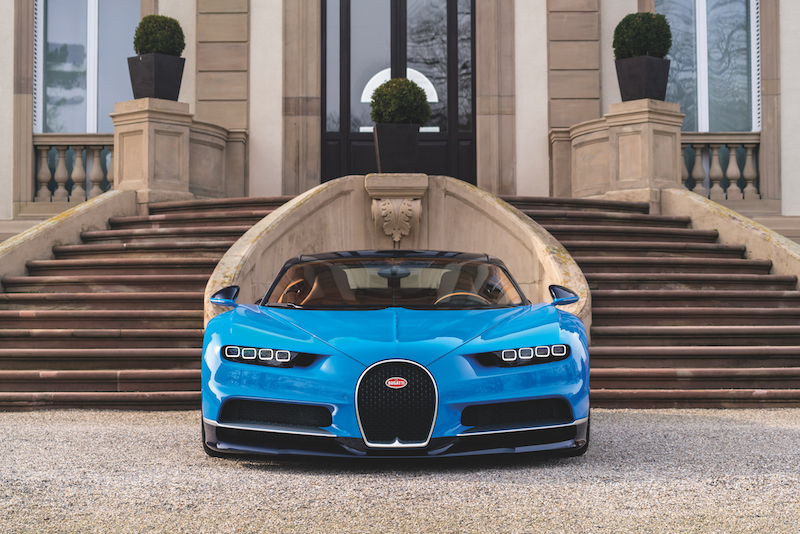 Paying homage to the Bugatti Chiron, the Type 390 is inspired by the car’s engine, interior and exterior body construction. This includes the cylindrical mechanical calibre PF390 with a flying tourbillon, an 80-hour power reserve and a triangular barrel coupling movement system, for which a patent has been filed. The horizontal cylindrical construction with two series-mounted barrels is particularly eye-catching, as its design literally mimics the Bugatti Chiron 8-liter, 1500-hp quad-turbocharged W16 engine (giving the auto its 420km/hour—or approximately 260mph—top speed), in watch form. 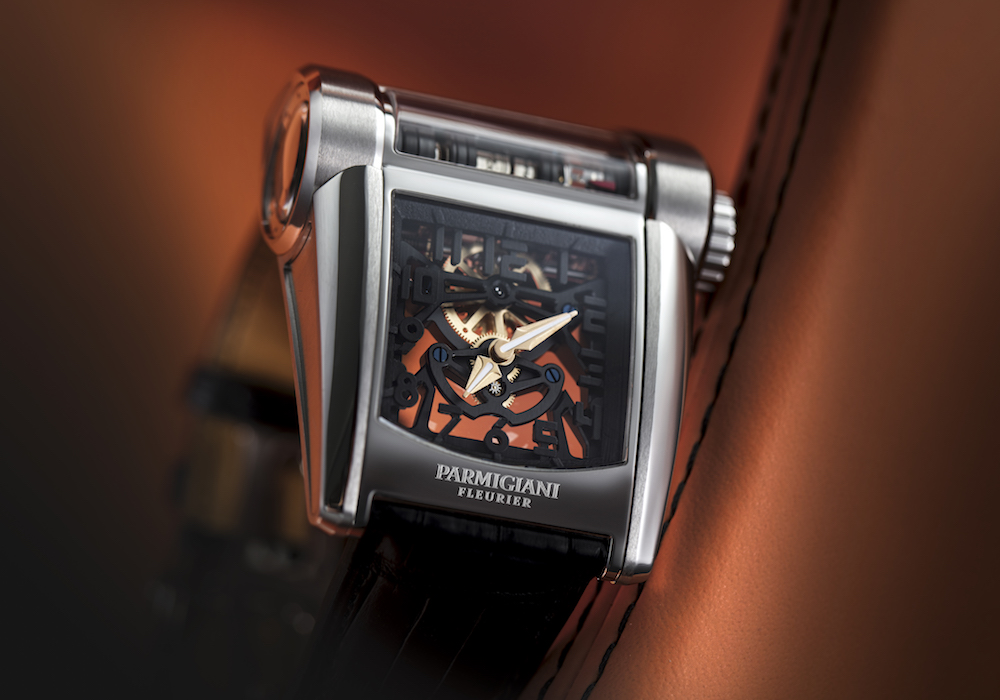 Another innovative component of the watch is that it uses the smallest ball bearing in the world. Uniquely using three planetary gears, each features three bearings—nine in total—measuring only 0.2mm in diameter, none of which require lubrication. Not only is this an impressive feature on its own, but it gives the watch an advantage, in terms of both maintenance and reliability. And to further the timepiece’s maintenance and reliability, it was designed with a rod clamp, which replaces four watch parts: the setting lever, the setting lever jumper, the yoke and the yoke spring—all common components found on most watches. The rod clamp winds the two, coaxially, series-mounted barrels, and also sets the time. 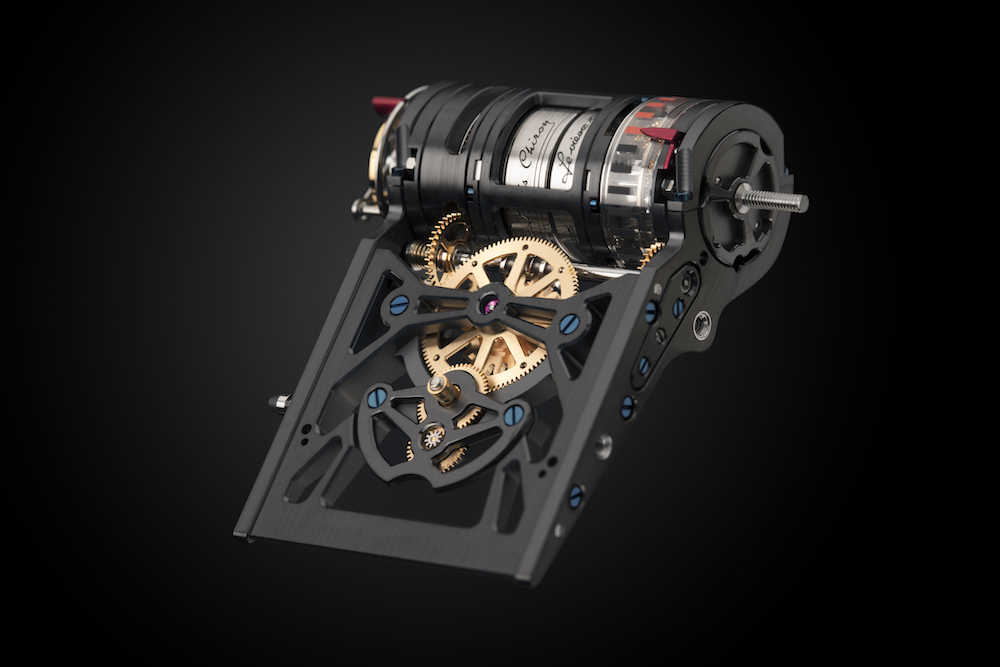 Aesthetically speaking, the Type 390 touts a titanium cage and two engravings on each of the two barrels; one has the signature of Louis Chiron, after whom the watch is named, and the other reads “le vieux renard,” meaning, “the old fox” in French (which was Chiron’s nickname). It also features an openworked, black-colored dial, a sapphire crystal at the end of the cylinder, a gold (white or rose) case and the words “edition limitée 10 pieces,” as only 10, order-based, custom-pieces were made. And of course, an Hermès alligator leather strap with a gold-folding buckle complements the piece. 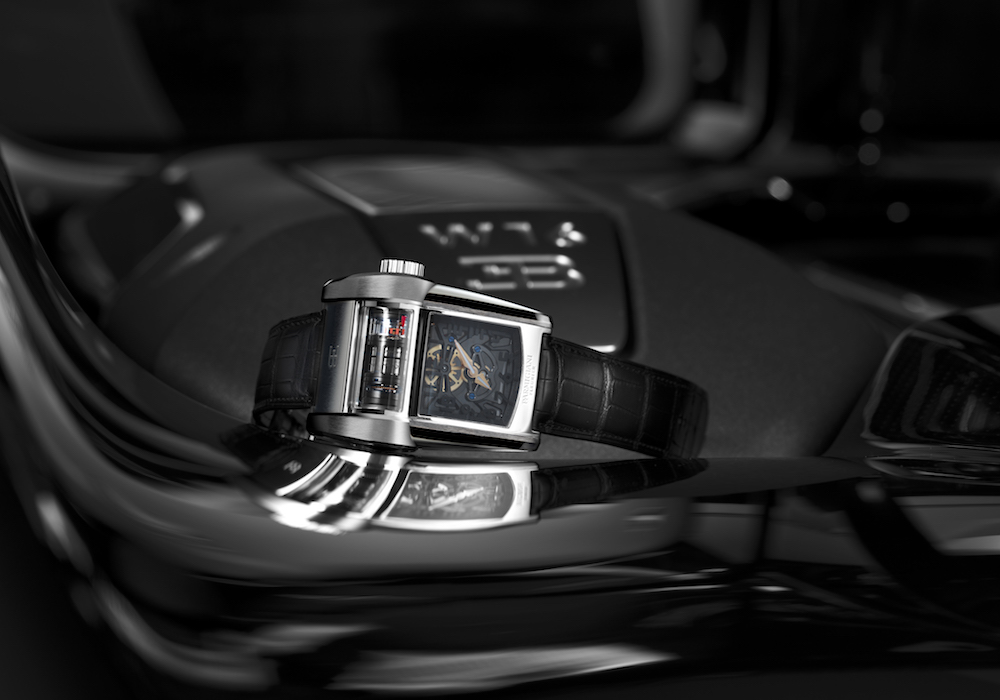 With all these incredible facets and innovative technologies, it’s abundantly clear that Parmigiani Fleurier really captured the essence of the Bugatti Chiron in the Type 390 watch, rather than just using the supercar’s name and slapping it on the timepiece. It truly is a recreation of the car in miniature form, for the wrist. 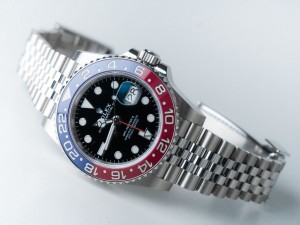 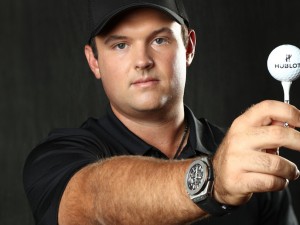