In early July, the brand presented the limited-edition Seamaster Diver 300M “Commander’s Watch” in a fete that befits 007. Guests took a boat along the River Thames to the Tate Britain, where Bond film Producer Michael G. Wilson and Raynald Aeschlimann, Omega president and CEO, revealed the watch.

“James Bond is a character with a lot of depth and intrigue,” said Aeschlimann. “We were fascinated by his connection to the Royal Navy, which is an organization that OMEGA also has history with, and we wanted to pay tribute to his rank as Commander.”

The novel Seamaster basks in the Royal Navy’s shades of red, white and blue that splash over its ceramic dial, bezel and the polyamide NATO strap. At the same time, the watch bears the insignia of the famed spy. A red seconds hand has a “007” gun logo counterweight, while a rotor, visible through the see-through case back, exhibits the Royal Navy’s Commander rank badge.

Powered by the exclusive OMEGA Calire 2507, the 41mm watch comes in two variations – a stainless steel version that numbers 7,007 pieces, and a 18K yellow gold model that is limited to mere seven pieces.

The Seamaster Diver 300M “Commader’s Watch” marks a year of James Bond milestones. In 2017, the franchise, created by Albert R. Broccoli’s EON Productions and Metro-Goldwyn-Mayer Studios, celebrates the 50th anniversary of You Only Live Twice, the 40th anniversary of The Spy Who Loved Me and the 20th anniversary of Tomorrow Never Dies. Yet, it was not until the 1995 release of GoldenEye that Omega became Bond’s watch of choice. 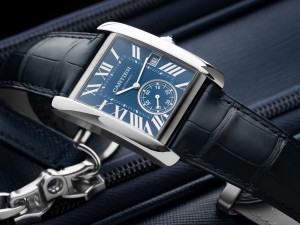 The Casual Cool Of The Cartier Tank MC 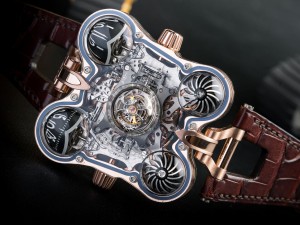