Less Is More With The Chronoswiss Flying Grand Regulator Skeleton

Can you make a design even more imposing when you take something away? At Chronoswiss, they prove that this can indeed be the case as with the Flying Grand Regulator Skeleton, they take one of their most iconic designs to the next level by taking away most of the dial and leave only the bare essentials of the movement. This results in a watch that has an incredible sense of depth when you look at it from the dial side. Originally the dial already had several levels, and Chronoswiss retained most of this structure, not only to add the extra sense of depth but also to ensure that this version of the Grand Regulator remains just as easy to read as the ones with a solid dial.

Being a regulator means that it shows the different aspects of time each on a dial on their own. The hours are indicated on a small dial located at the twelve o’clock position, with the small seconds doing the same at six o’clock. The minute hand is mounted at the center of the dial and goes over all the other hands. The movement that makes this possible is Chronoswiss caliber C.677S. This is a manual wind movement that offers a 46-hour power reserve, hand-crafted Glucydur balance with a seconds stop mechanism, and a Swan-neck precision regulator.

The movement is meticulously finished, which is not only evident from the dial side, but also from the back of the watch. Here a glass caseback shows that Chronoswiss thought about every little detail and even went as far as to skeletonize some of the gears. Chronoswiss opted to give the case of the Flying Grand Regulator Skeleton a diameter of 44mm. This allows them to take all the space they need to not only show off the amazing movement and three-dimensional elements of the skeletonized dial but also to frame it with a beautiful polished bezel with knurling on the side. The onion crown is generously sized as well, which not only adds character, but also makes winding and setting the watch even more easy to do.

The Chronoswiss Flying Grand Regulator Skeleton is a very exclusive watch. Not only because of the way that it is made, but also because Chronoswiss doesn’t make that many. It is available in five different versions, of which three have a stainless steel case, with either a blue and silver dial, black and yellow dial, or black and blue dial. Each of them is limited to just 30 pieces. This is the same amount as Chronoswiss will make of the black DLC coated version with red and black dial. The most exclusive version, with only 10 pieces available, will be the one featuring an 18-karat red gold case. 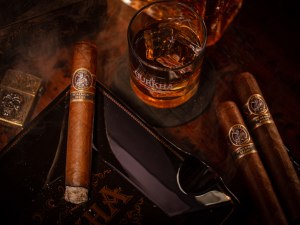