Soccer, or football (as the rest of the world calls it), is undeniably the world’s sport. So when a player like James Rodríguez comes along—who has been dubbed the most successful Colombian soccer player of all time—the noise reverberates stateside. The 26-year-old midfielder has gained significant notoriety not just in the world of soccer, but in the world of sport as a whole, with his precise technique, his impressive foresight and his unparalleled skills on the field. His performance was recognized on a global level during 2014’s World Cup in Brazil, where he was deservedly awarded the FIFA World Cup adidas Golden Boot. The adidas Golden Boot—one of the most highly coveted recognitions for the top soccer strikers in the world—is presented to the highest scorer at the FIFA World Cup. Needless to say, Rodríguez has set the bar very high for himself at such a very young age, but his competitive spirit won’t allow him to slow down anytime soon.

This year was a little different for the soccer superstar at the FIFA World Cup in Russia. Not only did he have his Colombian fan base in his corner, but also one of the biggest high-end watch manufacturers in the world: Hublot. As the Swiss watchmaker’s latest friend of the brand, Rodríguez has opened a new door in his career and entered into the luxury world. Amidst his demanding training schedule, Haute Time sat down with the young soccer sensation to discuss his roots, his daily regimen and his collaboration with Hublot.

HT: Can you tell us a little bit about your journey and your life? What drove you to play soccer at such a high level?

JR: I have been playing soccer since I was about four years old. You always hope you can reach the top of the profession, that you can play in the big leagues and achieve all of the goals you hope to accomplish throughout your life. It was hard to reach the level that I am at today—there are of course those bad moments and bad experiences you must go through. That is part of the journey when you are trying to reach the top. I think seeing where I am today and the results that I have had makes everything I went through and everything I did worth it.

HT: Which soccer players did you watch and admire as you grew up?

JR: I grew up watching Diego Maradona—El Pibe De Oro [“The Golden Boy”]. I think he was everyone’s idol. I had the opportunity to speak with him, and I told him that. I grew up watching him because he was number 10, the one who made the passes, the one who always played great, no matter what. I think he was definitely the idol I always had growing up.

HT: Can you tell us a bit about how you spend your normal day-to-day life?

JR: I basically live for the game. You constantly have to train yourself and take care of your well-being— your mind and your body. In the morning, I usually train. In the afternoon, I do everything I need to do in order to remain physically healthy. Basically, that is my entire day until about 6 or 7 p.m. After that, I eat dinner and then my day is complete.

JR: Simply put, it is an honor. Hublot is a huge brand, and I hope that my relationship with them lasts for a very long time. I have so much respect for them.

HT: We are also looking forward to your watch collaboration with Hublot on the James Rodríguez Big Bang. What can we expect from this watch?

JR: I think it is a beautiful watch. It includes my signature and the number 10. I am very pleased with how neat the watch is, and like I said before, Hublot is a tremendous brand that I am so fortunate to have partnered with.

HL: What are your ambitions for yourself later on in life? 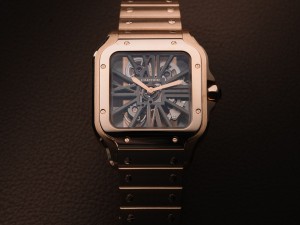 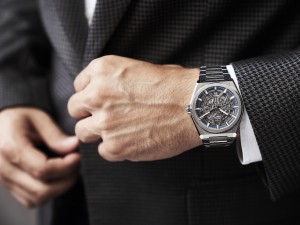