An annual weekend-long fete to close the Grand Touring racing season, Finali Mondiali transpired at the end of October in the Mugello circuit near Florence, Italy, where Hublot’s colors flew high. The watchmaker’s bold logo also marked the safety car, which took part in most of the celebratory races during the event.

Alongside the busy circuit, above the paddocks, Hublot welcomed friends and clients in its pop-up store, where the new Hublot Techframe Ferrari Torubillon Chronograph rested. Having deputed in March at Baselworld, the watch is a 70-piece collector edition to commemorate Ferrari’s 70th anniversary.

“The atmosphere at the Ferrari Finali Mondiali is electric,” said Hublot CEO Ricardo Guadalupe in a press statement. “The excitement of the brand’s fans is tangible, and the drivers are full of the end-of-season spirit. And the festivities have been all the more animated this anniversary year! We’ve been delighted to share in the celebrations, with our Hublot Techframe watch and our various on-site activities.” 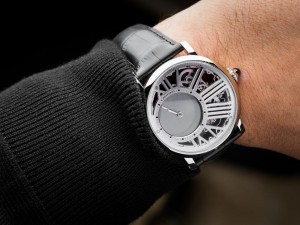 Some Of The Best Skeletons For Your Closet