The moon is a source of inspiration for Hermès, which leads to innovative creations. Earlier this year, the brand launched the Arceau L’Heure De La Lune, which showed the moon phase in a way never seen before. With its rotating subdials for the time and date, it gave the moon phase indication the lead role, instead of a supportive part. No wonder that the Arceau L’Heure De La Lune was one of the winning watches at the GPHG this year.

Photo Credit: Jo Matson Scott
With the new Arceau Ronde des Heures does Hermès give the moon again a prominent role in a new watch. While it uses the same case design, which came out of the pen of legendary artistic director Henri d’Origny in 1978, as its prizewinning sibling, it is an entirely different creation. Here a black dial features a crescent crafted from luminescent natural white mother-of-pearl, which represents the moon. While the minutes are indicated by a traditional hand, the hours are marked by Hermès signature sloping numerals, which as a carousel, move over the iridescent moon. This gives a completely new perception of the passing of time in relation to the moon. Hermès further adorns the dial with the Pegasus constellation, of which the stars are also made from luminescent natural white mother-of-pearl.

To make the complication stand out, even more, did Hermès opted to give the charismatic Arceau case a glossy black PVD-coating. The bezel of this 36mm large watch is set with 66 black spinels. They highlight in an understated way the unique nature of this watch. It is fitted with a polished black alligator leather strap, which is very supple. Not surprisingly, as Hermès remains one of the leading manufacturers of high-end leather goods in the world. To ensure that the Arceau Ronde des Heures remains not only a dark delight but also a rare one, does Hermès only make 300 of them. 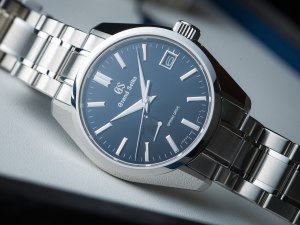 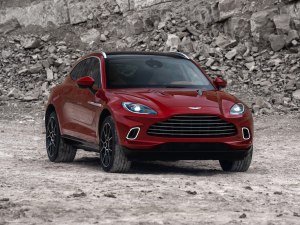