To celebrate its 20th birthday, Pagani is hosting a party in Vanderbilt Hall, Grand Central Station and the favors—six Pagani hypercars worth $27M.

The public exhibit, which is presented by Pirelli and titled “The Story of A Dream” commemorates 20 years of the luxury Italian manufacturer. The cars, which will be on display until Friday, Nov. 8 include the first Pagani production car, Zonda C12, the Zonda HP Barchetta and the latest model, the Huayra Roadster. Of the 750,000 people passing through the world’s most iconic train station, we can bet some will stop to get a glimpse of the sexy supercars.

Photo Credit: Courtesy PirelliVisitors can follow a road that leads them along the journey of Pagani, including the early years of Horacio Pagani, who was in attendance during its debut on Monday, Nov 4, 2019, along with his son, Christopher Pagani.

“Grand Central Terminal, a globally recognized transportation hub with timeless design and beauty, is an iconic
location where many immigrants arrived and began their American Dream. As there are significant parallels
between their journeys and mine, I am honored to tell my story here,” said Horacio Pagani. “I hope New York
City residents and visitors passing through will enjoy seeing my work and learning about how the commitment to
sacrifice, hard work and passion can help anyone realize their own dream.”

The auto manufacturer was established near Modena, Italy in 1992 by Horacio Pagani. Today, Pagani is known for its hyper-cool cars, worth millions and only available to true car enthusiasts. However, it wasn’t always easy for Horacio. In 1982, Horacio packed up his family and moved to Italy to work for Lamborghini. It was only after several months that the Bodywork department of Automobili Lamborghini took him on as a mechanic. Although he started at the bottom, he was soon able to show his worth through constant commitment fueled by his fervent passion. He was the first to arrive in the morning and the last to leave at the end of the day. Even after dinner, he continued to delve into sports car design and production issues.

Photo Credit: Courtesy PirelliTowards the end of the ‘80s, just when the economic crisis seemed to inflict its hardest blow on the global economy and, even more ferociously on the Supercar market, Horacio decided to stake everything on the realization of his dream, at all costs. It was during this difficult period that he founded Modena Design, where leading-edge composites were made during the day for world-class names like Renault, Daihatsu, Ferrari Formula 1, Aprilia and Dallara. But it was overnight that Horacio Pagani worked on his own car, which would soon be dubbed “Fangio F1”, in honor of his great friend. After the first couple of years spent designing the vehicle, in 1993, Horacio was introduced to Mercedes-Benz in the hope of obtaining an engine for his car. To this day, Pagani uses Mercedes-Benz engines.

From there, Horacio went on to create partnerships and implement new technologies into his cars. The partnership with Pirelli did not happen overnight but is one of those encounters which changed the course of automotive history. It has turned into an alliance where common strategies and values have created a bond between Pirelli and Pagani which still continues today. Pirelli provides Pagani with P Zero tires specially developed for each Hypercar created in the workshop in San Cesario Sul Panaro, Italy.

Photo Credit: Courtesy Pirelli“Throughout our 10 years of working with Pirelli, one of our goals was always to enhance what drivers experience when they hold the steering wheel. They have to feel as though their hands were resting on the road. And thanks to the skill and knowhow of the Pirelli technicians this tire is now so communicative you can actually sense when you are approaching its grip limit. Let’s not forget that as you take a corner, centrifugal force pushes your car sideways and away from the inside of the bend. Everything happens extremely quickly, much more so than on a rollercoaster ride,” said Horacio.

As a family man, Horacio emphasizes a familial connection with his company, employees and clients. For the latest Pagani model, the Huayra Roadster BC, which was unveiled at Pebble Beach, there will be 40 bespoke editions made within the next year. “I have already sold them all, but I don’t take money from anyone. The people who buy the Huayra needed to have already owned a Pagani,” said Horacio.

When he first envisioned the Roadster BC, Horacio Pagani immediately knew that the project would be extremely challenging for both he and his team.  As with any of its creations, the ultimate Pagani Automobili Hypercar reflects the cutting-edge of made-to-measure craftwork stitched around the clients’ desires. From the design of a new engine to the specific development of aerodynamics and bodywork, down to the chemistry and combination of new advanced materials like the Carbo-Titanium HP62 G2 and Carbo-Triax HP62 used for creating a more rigid monocoque, not a single detail was overlooked; even the most hidden component of the Huayra Roadster BC was subjected to continuous improvement focused on achieving the highest standards of beauty, quality, performance, and technology. With a dry weight of only 1250 kilograms, the Huayra Roadster BC epitomizes the company’s principal inspiration—Leonardo Da Vinci’s concept of engineering technique and poetry of form melded together in harmony. 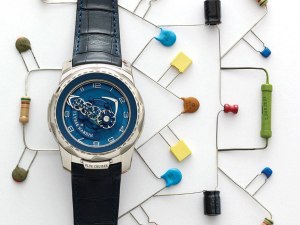 How Ulysse Nardin Taught Us That The Future Is Freaky 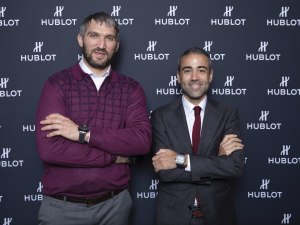