Parmigiani is a brand that to the real watch connoisseurs needs no introduction. It is to this brand that even other esteemed brands turn when they need a complicated historic piece restored. The ability to be able to do this is firmly inserted in the DNA of the company. Long before Michel Parmigiani founded the brand that bears his name, he had already obtained the reputation of being able to carry out the most complex, and sometimes even near impossible, restorations with success. On that knowledge, he built a brand of his own. It was in July 2018 that Davide Traxler was appointed CEO of Parmigiani, further strengthening the company’s Executive Committee.

Traxler has already got quite a track record in the watch industry and served previously, among other positions, as Managing Director of Chopard US and CEO of Corum. With him at the helm, Parmigiani is looking to expand beyond their current client base and introducing even more people to the mechanical wonders that they create. This all started with the Toric, a watch that quickly made a name for itself, and of which Parmigiani introduced in 2017 a new model. Here they followed the path of evolution rather than revolution, as this is more in line with the brand’s DNA. Next to the Toric, is the Kalpa another pillar of the collection. It features not only a tonneau-shaped case but also a movement in the same shape, a rarity in the industry these days. This also underscores the strength of Parmigiani, and their deep understanding of mechanical watchmaking, both old and new.

Haute Time talked with Traxler at the Parmigiani boutique in the Miami Design District. He is happy to be in a city he knows well, as he used to live here himself. He tells us how this part of the city reinvented itself and about the importance of having a brand boutique there. He further shares with us his insights on the importance of trade fairs for the industry in general, and that of the Salon International de la Haute Horlogerie (SIHH) especially. 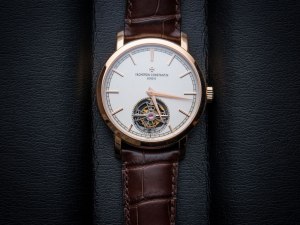 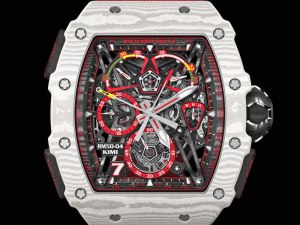