If Michael J. Fox could use his celebrity power to rev up the proverbial DeLorean and time travel into the future, no one would disagree that he is unequivocally changing it for the better. A pioneer in Parkinson’s research, the Haute Living cover star established the Michael J. Fox Foundation (MJFF) as a vehicle of empowerment to ensure those affected by the disease are not indeed afflicted by it.

Last night, an intimate crowd gathered for an exclusive cocktail party hosted by Haute partners Hublot and JetSmarter alongside CEO & Publisher, Kamal Hotchandani, at the swanky Domenico Vacca Club to celebrate Fox’s New York cover. In the issue, the philanthropist reveals what it’s like living with the condition through a lens of optimism and ‘pro-activism’, along with the legacy he hopes to leave behind within the Parkinson’s community.

As guests braved the cold to make their way to the Upper East Side members-only club, private elevator doors parted to reveal a candle-lit lounge subtly nestled on the second floor of the flagship 8,000 square foot luxury concept boutique. Greeted by flowing champagne and a crescendo of violins courtesy of The Carpenters, attendees noshed on savory-meets-sweet prosciutto and melon hors d’oeuvres, as well as a selection of tramezzino. Mid-affair, Jean-Francois Sberro, Managing Director of Hublot North America, donated a Classic Fusion 8-Day Power Reserve in titanium to benefit the foundation.

Twenty-five years after being diagnosed, Fox shows no signs of sitting still. The three-time Emmy award winner, best-selling author, and advocate is a testament to the paradigm shift in the quest to find a cure. Fox’s efforts are certainly not in vain; since 2000, his namesake foundation has funded more than $650 million towards the development of improved therapies aimed at altering the disease, while advancing research into biomarkers and treatment of the untreatable symptoms. To date, MJFF remains the largest organization dedicated to Parkinson’s in the world. 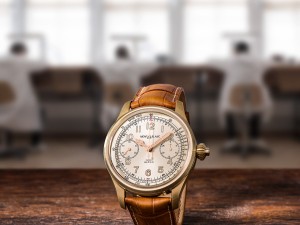 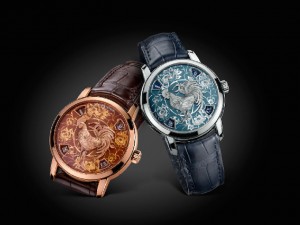