Few watches unite the past with the future the way the TAG Heuer Carrera “Tête de Vipère” Chronograph Tourbillon Chronometer does. Behind this long name is a watch that does not dwell on the past, but embraces what is good and takes it into the future. It is created to celebrate the 55th anniversary of the Heuer Carrera and will be released as a limited edition of 155 pieces.

When first introduced in 2016, the TAG Heuer Carrera Chronograph Tourbillon was already a step into the future. Not only by its progressive design but more so that its chronometer certified manufacture movement offered a titanium and carbon flying tourbillon with a chronograph complication for an unprecedented low price. This new edition, limited to 155 pieces, goes even further and comes with a “Tête de Vipère” certification.

This certification was first introduced by the Besançon Observatory in 1897 and is a more extensive certification for Chronometers than the Swiss COSC. Besançon, a French city relatively close to the Swiss border, has for centuries been the heart of French watchmaking. It was where the famous French brand LIP was born and made, and it is still home to a prestigious watchmaking school and suppliers like Manufacture Jean Rousseau, which crafts high-quality leather strap for many of the Swiss top brands. Due to the quartz crisis, the Besançon Observatory discontinued the “Tête de Vipère” certification in the 1970’s but reinstated it in 2006. What sets it apart from the COSC Chronometer certification is that it tests fully assembled watches, and not only their movement. It does so for 16 days, in five different positions at three different temperatures. When a watch passes these strenuous tests, it will join the elite ranks of the 500 watches that have been awarded the “Tête de Vipère” certification since 2006.

Visually TAG Heuer made this limited edition a rhapsody in blue and black, fitting it with a blue ceramic case, bezel and lugs. Crown and chronograph push buttons, as well as the case back, feature a black PVD coating which complements the blue ceramic very well. While it has a diameter of 45mm, it still sits comfortably on the wrist thanks to the clever design of the case. Credit for this also goes to the strap, which is a matte black alligator, that is sewn onto black rubber for extra comfort, while its blue stitching brings it all together.

With a price of $20,400 is also this version of the TAG Heuer Carrera Chronograph Tourbillon Chronometer a steal for what it offers. The already impressive movement is now wrapped in the good-looking blue ceramic case, but it is the “Tête de Vipère” certification that really sets this TAG Heuer apart from nearly all other watches. As so few watches have ever been awarded this elite Chronometer certification, and even fewer of them featuring a flying tourbillon with a chronograph, that alone makes this watch highly collectable. A truly great watch to celebrates the Carrera’s 55th anniversary with. 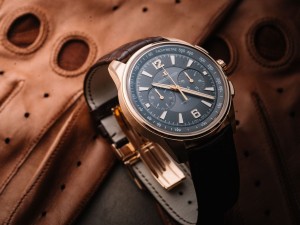 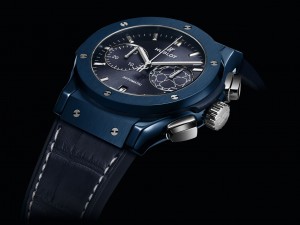