With just a little over two decades worth of history, the Patek Philippe Aquanaut has finally come into its own and is no longer just regarded as the more affordable alternative to the Nautilus. This is thanks in no small part to Patek Philippe’s recent Aquanaut releases, starting with the blue Aquanaut 5168G in 2017 followed by this year’s green Aquanaut 5168G. Let’s have a closer look at this pair of white gold “Jumbo” Aquanaut models side by side.

To mark the 20th anniversary of the Aquanaut in 2017, Patek Philippe unveiled the ref. 5168G. Not only was this the first white gold Aquanaut in the brand’s catalog (along with limited-edition white gold 5650G released the same year) but its case size also expanded to 42.2 mm. For those of you who may not remember, the Aquanaut has seen several growth spurts over its lifetime. When the Aquanaut first made its debut in 1997, it came with a 35.6 mm case, which was later joined by a larger 38.8 mm edition. Then on the Aquanaut’s 10th anniversary, the 40.8 mm edition made its entrance, carrying the 5167 reference numbers.

And now, we have the larger 42.2 mm (but still slim at 8.25 mm thick) Ref. 5168 option, exclusively available in white gold. The Aquanaut 5168G 20th Anniversary model comes in a fresh blue colorway from its blue-to-black gradient dial to its blue “tropic” strap, both complete with the checkerboard pattern characteristic of this Patek sports watch collection. Similar to preceding editions, the Aquanaut 5168G is still water resistant to 120 meters, features lumed Arabic numerals and a date window, and houses the automatic Caliber 324, which can be seen via the sapphire exhibition caseback.

Just this year, another Aquanaut 5168G joined the collection with the same 42.2 mm white gold case but in a different palette. This time, Patek Philippe selected a shade the company is calling “khaki green” for the dial and strap but olive green is probably a more realistic color description. This is not the first time green has been used in the Aquanaut collection. In addition to the green ladies’ quartz-powered Aquanaut Luce ref. 5067A-013 launched in 2014, there was also the little known (and ultra-rare) men’s steel and green Aquanaut ref. 5167A-010, circa 2011.

Except for the color, the specs of the khaki Aquanaut 5168G-010 are identical to the blue Aquanaut 5168G-001. Interestingly, there is a slight price difference between the pair, with the green Aquanaut retailing for $39,690 and the blue one priced at $38,560—despite the latter being the anniversary model.

So if you prefer punchier pigments for your Aquanaut, you’ll have to opt for the bigger white gold versions since Patek still only makes the 5167 watches in either steel and black or rose gold and brown combinations. 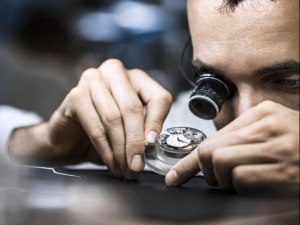 Jaeger-LeCoultre Puts Customer At Center of Its Care Program 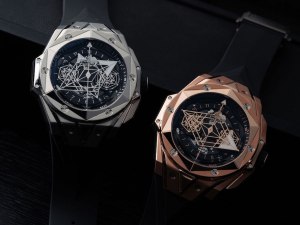