Let’s be honest; a partnership between a car manufacturer and a watch brand isn’t always a good idea. When the aim is purely a commercial one and more an exchange of logos rather than a true understanding of each others DNA, failure is often just around the corner. That is why the alliance between Roger Dubuis and Lamborghini is such an exciting one because it has everything but is lacking the logos!

While the name of this Roger Dubuis gives a crystal clear clue, the look of this watch will take away any doubts that might be left after that; this watch is built like a Lamborghini. For example, the bridge that covers the movement resemblance the strut-bars that are normally placed over the V10 engine of the Italian sports car from which it gots its name. Further shared design cues can be found in the font of the date function, as well as the shape of the crown, which resembles that of the wheel nuts. The rims themselves inspired the design of the oscillating weight on the back of the watch.

For the movement did Roger Dubuis go back to the drawing board as the Excalibur Huracan is fitted with the second caliber that they created for one of their Lamborghini watches. It is constructed from 233 parts, with among them two mainspring barrels which provide the watch with a 60-hour power reserve. The balance wheel, which is prominently placed at twelve o’clock, is inclined at 12° for increased accuracy.

It is rare that two brands can partner, and create a single product that contains the DNA of them both and reach synergy because of this. With the Excalibur Huracan Roger Dubuis and Lamborghini have proved, again, that this is the case with them. By not taking any shortcuts, but letting their expertise and passion speak, they have created a watch that offers a distinct contribution to the watch world as a whole, and the collection of Roger Dubuis especially. 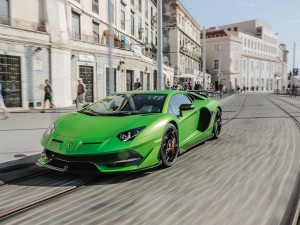 Luxury Cars To Rule the Roads In 2019 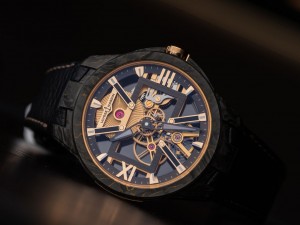 The Sweet Surprises Of SIHH 2019