If you haven’t seen yet, Elon Musk, CEO of Tesla recently revealed the Cybertruck, a futuristic-looking metal beast. The electric pick-up truck doesn’t look like anything else on the roads today, but when put to the test, it was a smashing reveal.

At first, Musk tested the exterior by hitting it with a sledgehammer. The crowd cheered as it bounced back, leaving not even a scratch. However, when it came to testing the unbreakable windows, the metal ball, which was thrown, smashed the supposedly impenetrable glass, leaving the crowd laughing. Musk laughed off the fail by saying “there was room for improvement.”

Musk then posted a video to Twitter, which showed Von Holzhauzen throwing the ball at the window without breaking it, workshop vacuum at the ready. It was then decided the initial sledgehammer test to the base of the door cracked the window, therefore making it vulnerable.

Musk made striking claims about the truck’s capability, but here’s a closer look at what you can expect.

In addition to being able to carry cargo in its bed, the truck will have lockable storage spaces under the hood and in the sides. The bed itself also has a sliding cover. Drivers will also be able to adjust the ride height of the truck, for when they are on the highway or off-road, using an adaptive air suspension system.

Cybertruck is built with an exterior shell made for ultimate durability and passenger protection. Starting with a nearly impenetrable exoskeleton, every component is designed for superior strength and endurance, from Ultra-Hard 30X Cold-Rolled stainless-steel structural skin to Tesla armor glass.

It seats six comfortably with additional storage under the second-row seats. Complete with an advanced 17” touchscreen with an all-new customized user interface.

Now entering a new class of strength, speed and versatility—only possible with an all-electric design. The powerful drivetrain and low center of gravity provide extraordinary traction control and torque—enabling acceleration from 0-60 mph in as little as 2.9 seconds and up to 500 miles of range.

Into The Complex World Of The Bulgari Octo Grande Sonnerie 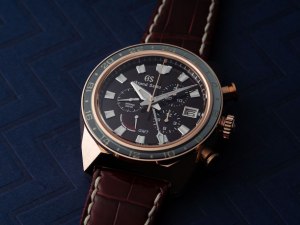