Trains, planes, automobiles—watches can take inspiration from all sorts of sources, especially other machines. Over and beyond being pilot watches, these timepieces also draw design cues from a range of aircraft. From Breitling to IWC to Zenith, we take a closer look at three luxury watches inspired by airplanes.

The Curtiss P-40 Warhawk was an American single-seat fighter-bomber aircraft, first flown in 1938 and used by most Allied powers during World War II. The Flying Tigers squadron famously painted their P-40 planes with menacing shark faces, leading to some of the most iconic images to come out of the war. Using these legendary planes as inspiration, Breitling released the Aviator 8 B01 Chronograph 43 Curtiss Warhawk (along with two other models) in 2019. Using a similar color palette to the painted aircraft, the B01 Chronograph Curtis Warhawk sports a 43mm stainless steel case, a military green strap, and a military green dial with dashes of crimson red. Protecting the in-house Caliber 01 chronograph movement is a transparent sapphire caseback decorated with an image of the P-40 Warhawk, complete with the teeth-baring shark nose art.

The most important plane of the Royal Air Force and used by other Allies during WWII, the Supermarine Spitfire was a British single-seat fighter aircraft produced from 1938 until 1948. In August, a meticulously restored silver Spitfire from 1943 took off from London to embark on The Longest Flight expedition. In honor of its partnership with the expedition, IWC released a collection of Spitfire watches earlier this year. The collection included the IWC Pilot’s Watch Chronograph Spitfire model with a 41mm stainless steel case and powered by the new Caliber 69380 chronograph movement. The steel case, black dial, and green fabric strap were selected to mimic the colors of the Spitfire’s cockpit while the dial layout has its roots in the original Mark 11 watch commissioned by the British Ministry of Defense in the 1940s. Flip the watch around and you’ll spot an overhead view of the iconic Spitfire in flight engraved on the caseback.

Not inspired by one particular plane model, the Zenith Pilot Type 20 Extra Special Silver is fashioned after vintage airplanes, from its riveted-motif dial to its chrome coloring. This is the first 925 silver-cased Zenith watch, which is not only an uncommon material in today’s watchmaking landscape but it will also develop a unique patina over time. Typical of Pilot Type 20 models, the silver case measures a generous 45mm in diameter, fitted with the characteristic oversized onion-shaped crown. The dial design recalls riveted aluminum bodies of vintage aircraft and it is finished with a brushed surface. The solid silver caseback is engraved with the historical Zenith Flying Instruments logo along with an image of a plane belonging to Louis Blériot—the pioneering aviator who wore a Zenith watch during his historic flight across the English Channel in 1909. Beneath that caseback is the in-house Zenith Elite 679 automatic movement with 50 hours of power reserve. 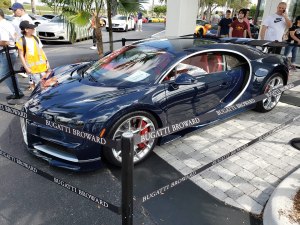 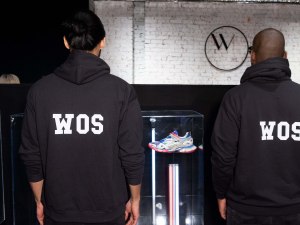